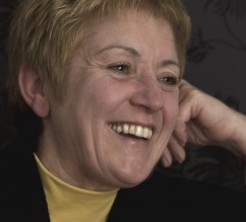 In her book, Willful Blindness, Margaret Heffernan argues that the biggest threats and dangers we face are the ones we don’t see – not because they’re secret or invisible, but because we’re willfully blind. We turn a blind eye in order to feel safe, to avoid conflict, to reduce anxiety and to protect prestige.

Confirmation bias is is a tendency of people to favor information that confirms their beliefs. We all do it. I read newspaper articles and facebook posts and watch documentaries that are in line with my existing beliefs and opinions. We seek out and congregate around those with similar opinions when using social media. I heard this brilliantly described as being “at the bottom of a well of our own opinions”. Even when we do expose ourselves to alternative points of view, that too may be a form of confirmation bias; in that we seek to confirm that the opposition is, indeed, wrong.

When conducting interviews, confirmation bias leads us to chose candidates that are most like we are. When it comes to the boardroom, men (who make up the majority of existing directors) are more likely to favour male candidates. This bias, not poor quality candidates or insufficient number of applicants, is the most likely factor that mitigates against getting more women into these senior positions.

It is not necessary for confirmation bias to be conscious for it to work! Unconscious bias is all pervading. Here’s a practical example of gender bias. Harvard economist Claudia Goldin and Princeton’s Cecilia Rouse found that when musicians were allowed to audition behind screens, where their gender could not influence the evaluation of their music, women’s chances of making it through the first round increased by 50 percent – and in the final rounds by 300 per cent. It is not only men that exhibit unconscious bias. When it comes to gender, both men and women unconsciously devalue the contributions of women because of longstanding and powerful embedded stereotypes about the differing capabilities of men and women and their place in the society. Steinpreis, Anders & Ritzke (1999) sent out the CV of an early career researcher seeking employment to 238 academic psychologists in the USA. The gender of the applicant was varied (Brian or Karen) but the CVs were otherwise the same. The outcomes showed that both male and female academics were more likely to want to employ a male applicant than a female applicant with an identical record. Similarly, both sexes reported their perception that the male applicant had more adequate teaching, research and service experience compared with the female applicant – despite her having, in fact, an identical record.

The question, therefore, is how best to overcome unconscious bias. Being aware of the biases you have is a start and, if you are interested in assessing what your unconscious biases are, there is an online set of tests that can be done to assess this in certain areas (https://implicit.harvard.edu/implicit/).

And language matters. Historically gender and marital status were defined by Mr Mrs and Miss. In the 1970’s Ms was introduced to promote the idea that there is more to a woman than her marital status. It’s use was obstructed, as was the adoption of gender neutral language such as chair rather than chairman, as being pompous and too politically correct. But now it is perfectly acceptable. I use Ms as, frankly, whether I am married, single, divorced, widowed or all of the above, is both irrelevant and nobody else’s business.

And recently OxfordDictionaries.com added the gender-neutral title Mx (pronounced Mix) into their lexicon. The addition of Mx to the dictionary represents the start of a shift in how Western language, thought and culture understands gender. Just as Ms challenged thinking in the ’70’s Mx challenges thinking about the binary nature of gender. This is a step in the right direction for those who don’t identify as a man or as a woman but is also valuable for those who wish to challenge unconscious bias. Mx is a gender neutral title. It is my hope that the generation growing up today will accept Mx in the way that Ms has been embraced, and that there is an acceptance that gender, like marital status, is not the most important part of someones character.