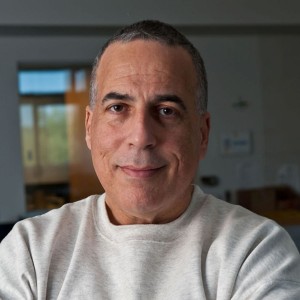 In this article, I hope to share some information about my personal journey to health using food as medicine, as well as a larger, more global picture of where we are headed as a planet regarding the future of our food supply.

I am not a scientist, nor a doctor or medical expert. I’m a guy who grew up in Brooklyn, New York and was raised on a steady diet of pizza, pastrami and ice cream. For many decades, I was like a car driving at a suicidal speed toward to solid brick wall.

Eventually, I got tired of waking up feeling like a 90 year old man. You could hear me a block away, moaning from aches and pains in my legs and back. I groaned constantly. Not a pretty sound. An eye opener for me was seeing the condition of so many elderly people both here in the states and abroad. I continue to be shocked by the vast number of elderly people who are (no disrespect intended) decrepit. People who look far older and sicker than their chronological age. There is a deeply rooted expectation that as one gets older, one will automatically get sick and fall apart. Based upon my personal experience, I now believe this is an option, not an inevitability. I believe that if we take decent care of ourselves, we can live longer, happier and healthier lives. I have seen many elderly folks who have taken charge of their health and lives as well as those who have not. The former is a much happier scenario.

At the worst of my weight problems, I topped the scales at just under 300 pounds (approximately 22 stone). By the way, I am not here to sell you any health products or weight loss elixirs.

I looked at my pizza, pastrami and ice cream diet and knew I was a goner if I continued on this path of self-destruction. I woke up one morning amidst aches, pains and complaining and decided to make some changes.

I began researching various health topics such as food and exercise, and looked at cultures where people seemed to be truly happy and healthy. The information I’m about to share with you comes from several sources, which I will share with you at the end of this article.

After much kicking and screaming, I eventually arrived at a decision that a plant-based diet was best for me. I am now eating a vegan diet with great results. I’ve become one of the people I used to make fund of. I’m healthier than I’ve ever been and also very happy. Now, I’m in no way attempting to convert anyone to a particular way of acting or thinking, but I am asking you to consider some of the startling research that has come to light in recent years. I do this in the hope that, regardless what approach you take with your health, that you will at least incorporate some new, positive habits into your lifestyle.

One of the people I respect greatly in this field is Dr. Gabriel Cousens, MD. Dr. Cousens is the author of many groundbreaking books on health including, “There is a Cure for Diabetes” and “Conscious Eating”. He is acknowledged around the world as one of the world’s experts on the vegan diet and its effects on reversing disease and promoting longevity. I decided after reading his books to spend some time at his Tree of Life Rejuvenation Center in Arizona. I got to meet people who had all kinds of diseases including diabetes and advanced stages of cancer. For those who followed Cousens’ way of eating, they left his center moving away from suffering and death, headed toward health and life.

I now eat a mostly raw, vegan diet. I am happier, healthier and more productive than I’ve been in decades. Please remember that I’m not selling you anything. I have no financial arrangement with Dr. Cousens or his center. I’m just a grateful former ice cream and pizza junkie. I share my experience in the hopes that my story might make a difference in other people’s lives.

Dr. Cousens has also done exhaustive research on where the world is headed regarding our water and food supplies and what it’s going to take for us to survive. At a lecture I attended, Dr. Cousens stated that, “If we are to survive as a planet, we are all going to eventually have to eat a plant-based diet.” He went on to say; “Every nation on the earth that has a cattle driven food supply and economy eventually winds up going to war. That’s because a cattle economy is not sustainable. You can feed exponentially more people from produce grown on one acre of land than you can feed cattle from that same single acre.”

Here are some of the things I learned in my research:
1. Eat less, live longer (and healthier). _1
Dr. Stephen Spindler did a research study in 2011 showing that calorie restriction of 40% increases our anti-aging and anti-cancer genes. The Calorie Restriction Society has some interesting studies on this.
2. Raw, live plant based food activates your Anti-Aging genes and is better for you._2
When food is cooked, 50% of the protein, 70 – 80% of the vitamins and minerals are lost. Just by eating live raw food, you can eat half as much, feel full and turn on those anti-aging genes.
3. More plants, less meat. Its better._3
In The China Study, research showed that the more meat a person eats, the far more susceptible they are to disease. Likewise, the more plant based food one eats, the less disease one will experience.

Part of the sage advice I received was to make this transition slowly, taking from between one and two years. I’m happy to say that I have lost 115 pounds and kept that off now for close to two years. I’ve never felt better.

I hope that this article will stimulate some thinking and discussion. Here’s wishing you happiness and good health.

The entire contents of this article, photos and column is copyright © 2015 by George Koury. Not part of this may be used without written permission from him.