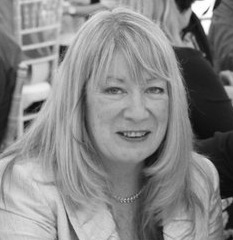 My role with the Health and Social Care Academy means I get to meet and even interview some fascinating people. Recently Andy Lippok of Resolis Associates Ltd. took the initiative to invite the innovator of Buurtzorg to speak in Scotland and so we agreed with Andy to make the most of this opportunity and bring this to the wider audience of the Academy and beyond. Jos de Blok of the Buurtzorg organisation in Holland is certainly an interesting person to speak to, I could have interviewed him all day. But he is also so much more than that. Because he hasn’t just identified or campaigned to change what is wrong in community care, he has revolutionised it in his country. Many have benefited as a result. Whats not to like?

He started adult life studying economics but realised it didn’t lift his soul. Fortunately for the people of Holland he found that nursing did, especially Community nursing. As a former Community nurse myself I recognised the joy he described in being able to provide care that helped people at their most vulnerable and that enabled them to return to well-being. But in Holland, like here, he saw the impact of the imposition on healthcare of bureaucracy and the breaking up of the care process. The purpose of those changes was to improve quality and cost efficiency but he noted the paradoxical effect those changes had. Quality decreased, cost increased exponentially and those at the coal face were pushed to do more and more to bring costs down. Does this sound familiar? It does to me.

The nurses role and influence on behalf of people diminished too, alongside that their sense of fulfillment in their role plummeted. Although he had reached senior positions in traditional care services he decided to set up an alternative approach, working with a small group of like minded others he visualised and developed a different model. After two years of planning they launched Buurtzorg, meaning community, with only 4 nurses. Now they have over 9,500 in 800 independent teams supported by only 45 back room staff, 15 coaches and a bespoke IT system. This is a network not a hierarchy, coaches to enable provide the professional support. Sick leave is low, satisfaction is high, complaints non existent, transparency is the norm. Trust, flexibility and autonomy the backbone of its success, set in the context of humanistic, person-centred care. The approach is relational not transactional and offers 24 hour care in small self-managing teams of no more than 12 nurses. The self-managing client is at the centre of their vision and model as is the community in which they live, after that is the Buurtzorg team and last of all the formal networks.

And before you imagine this would be too expensive for an NHS, its a cheaper model than traditional care as is summarised here.

“By limiting managerial structure and bureaucracy, Buurtzorg’s nurses have greater autonomy to organise their own client visits and day-to-day nursing interventions. This has immediately reduced administrative costs and time spent on paperwork

A 40 per cent reduction in client costs when compared to other homecare organisations, indicating a potential national savings of €2 billion euros (£1.9 billion) per year
A 50 per cent reduction in hours of care due to health promotion initiatives and promotion of self- care and patient independence
Buurtzorg’s overhead costs are estimated at eight percent, compared to a competitor average of 25 per cent
Despite being a not-for-profit organisation, Buurtzorg registered an 8 per cent profit margin in 201211
In terms of staff efficiency, sickness rates for 2012 were three per cent, compared to a competitor average of seven per cent” ( RCN Policy Brief March 2015)

The focus is on keeping the systems simple, leaving most time to focus on care delivered by highly trained care staff ( 70% trained nurses compared to 10% in competitors) and now they are employing allied health professionals too. But that simplicity was not developed with fingers crossed behind their backs, they understood the economic and human limits of the traditional approach and dared to challenge it.

This approach resonates so much with the 7 principles we shared in my recent think piece health and care if people really mattered. He has shown that not only does this work but it puts people firmly at the centre, improves care and is more cost efficient. It’s fundamentally about shifting power bases to people and communities and away from hierarchies of command and control. The question for us in Scotland is can we be brave enough to enable this way of working?

When I interviewed him I asked what advice he would give us in Scotland should we pursue this approach. He said get all the stakeholders in the system behind the changes and the vision and work with the people who will want to make it happen. Listen to the podcast to hear more of the interview. The day before the Buurtzorg event I was at the ALLIANCE and Academy’s Citizen Wellbeing Assembly when the Cabinet Secretary for Health and Wellbeing, Shona Robison asked for a show of hands of those who thought the time hand come to transform health and social care. A sea of hands reached for the ceiling. The time is right for transformative change. At the Academy our work is to ensure the voice of lived experience is at the heart of that change and that change needs to be relational not merely transactional. We are key stakeholders in enabling the success of this work.

I urge providers of care in Scotland who are being given an opportunity to pilot this work to be brave and ambitious and to work with us to put people at the the centre. The ALLIANCE, like Buurtzorg has a history of enabling the transformation of health and care and of bringing an attitude of let’s do this! We are up for helping this happen, people want this kind of care. Let’s do this and let’s work together to achieve it.