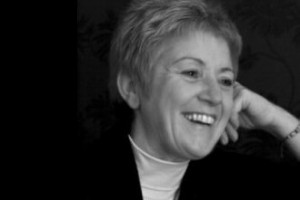 Last month I wrote, “The changing nature of the debate at a political level is, undoubtedly, a good thing but unless women use the position of power to create real change for the majority of women then the pale, male and stale system will be replaced by one that may look different but which will, in practice, be exactly the same.”

So, first of all, how are the numbers looking post May 8th?
Women now make up 29% of MP’s, up from 22% in the last parliament. While the Labour party performed badly compared to their own expectations and the predictions of pollsters, they fare best of the main parties when it comes to gender equality as women make up 43% of Labour’s new MP’s. For the SNP, whose leader Nicola Sturgeon named a gender-balanced cabinet at Holyrood, more than a third (36%) of new MP’s are women. Largely due to their poor showing overall there is now not one single female Liberal Democrat MP. While there is improvement, the UK still has a long way to go when compare Westminster to Sweden’s parliament; which is 45% female.

But as the opening paragraph suggests, it is not how many women there are that matters, it is what those women do. After all, Margaret Thatcher was alone in the cabinet when she was Prime Minister. So it is influence and leadership that matters.

Increasingly political parties are turning to women to lead the way. In Scotland Nicola Sturgeon has transformed political debate and has led the SNP to unprecedented victories across the entire country. It has long been a joke that Scotland has more pandas than Tory MP’s. That is now true for Labour and the Liberal Democrats too, as each party boasts only a single MP. While having very little power, or prospect of power, in Scotland their leader is also a woman, Ruth Davidson.

For Labour Harriet Harman has stepped up until a new leader is elected and while she has indicated that she will stand down after that, both Yvette Cooper and shadow health minister Liz Kendall have already thrown their hats in the ring. Indeed Yvette Cooper’s aides have already registered the domain name Yvetteforleader.com.

While David Cameron is still forming his new cabinet amongst his first decisions were Nicky Morgan staying as education secretary and Theresa May at the home office.
Natalie Bennett and Caroline Lucas are a formidable team at the Green Party and even the “blokey” Ukip has elected a woman, Suzanne Evans as leader.

And there are some really interesting newcomers. Naz Shah, who won Bradford West for Labour from the ever controversial George Galloway, is a mental health campaigner. Andrea Jenkyns, who ousted Ed Balls , is a former music teacher and amateur opera singer. She decided to run for parliament after her father died from MRSA contracted in hospital. Mhairi Black, who a took her seat at the expense of shadow foreign secretary, Douglas Alexander is a 20 year old student who, like many women in Scotland, became politically energised and active following the 2014 referendum on independence.

While the election debate across the UK appeared quite dull, it was quite something else north of the border. During the independence campaign many non-party political groups emerged, some like Women for Independence, were aimed solely at women and many of the SNP’s new intake come from this new found activism. Philippa Whitford, a consultant breast surgeon who ended Brian Donohoe’s 23-year reign as MP for Central Ayrshire, put this new landscape into perspective saying, “What strikes me is that, if we pull it off, this is going to be the most non-political group of politicians Westminster has seen for a long time. We’re a bunch of mavericks.” These women stood for parliament not because they were party apparatchiks but because they wanted to make a difference.

Belinda Phipps of the Fawcett Society, said: “We are really pleased that there has been an increase, albeit a small increase, in women MPs in the House of Commons. We know that when women are part of the legislative and decision-making process, better decisions are made.

Let’s hope she is right!