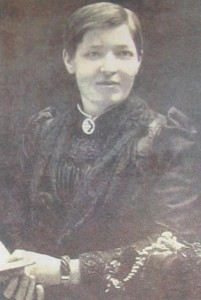 A year after 219 girls were abducted by the Nigerian militant Islamist group Boko Haram we celebrate Mary for her work with women and children in Nigeria over 100 years ago.

Mary was born to a working class family in Aberdeen, the second of seven children. Her father, a shoemaker by trade, moved the family to Dundee in search of work where he took a job as a labourer in a mill. Her mother, a skilled weaver, also went to work in the mills. At the age of just eleven, Mary joined them, spending half of her day at a school provided by the mill owners and the other half working in the mill.

Mary’s mother, a committed Presbyterian, supported Mary’s interest in religion and when a mission was formed close by the church in which they both worshipped, Mary decided that she anted to become a teacher and missionary. When, aged 27, she heard that the famous Scottish missionary and explorer David Livingstone had died, Mary decided to follow in his footsteps. After training in Edinburgh, Mary set sail for Nigeria aboard the SS Ethiopia. To begin with, like most missionary workers at the time, Mary felt the native population to be heathens but as she settled into life amongst them her attitude quickly changed. Rather than staying in the missionary compound, Mary spent time among the people of Calabar, learning to eat their food, partly from necessity as she could hardly afford to feed herself she sent so much of her wages home, and learning the local language. This closeness to the people she aimed to help allowed her to become trusted by them and allowed her to tackle unfairness and superstition.

In particular the local people people believed that twins were fathered one by the human father and the other by an evil spirit. Not being able to tell which was which meant that often both babies would be abandoned. Mary created special patrols to rescue these infants and saved hundreds of twins who had been left in the bush to die. She adopted many abandoned children, most notably twin babies and the children of slaves. One child, Janie, who Mary adopted when her twin brother died, accompanied her on a trip to Scotland when Mary returned to care for her mother and sisters.

Mary travelled through Calabar and north to Okoyong, an area where previous male missionaries had been killed. She thought that her teachings, and the fact that she was a woman, would be less threatening to unreached tribes. For 15 years she lived with the Okoyong and Efik people. She learned to speak the native language and made close personal friendships. Her works were known and celebrated back in Britain and she became known as the “white queen of Okoyong”. When Southern Nigeria became a British Protectorate, she became the first ever female Magistrate in the British Empire and a skilful diplomatic emissary.

Mary was a different kind of missionary to those that lived in western componds and who treated the native people as barbarians. She realised that you couldn’t just impose western, christian values on indigenous tribes but had to be sensitive to their own culture and tradition. By living with the locals, adopting their dress, food and language, Mary was able to work in areas that, up until her arrival, had been viewed as too dangerous.

Despite regular bouts of malaria, Mary remained in Calabar rather than returning to Scotland. When she died she was given the equivalent of a state funeral, with enior British officials in attendance and flags on government buildings in Nigeria flown at half mast.

To this day the people of Calabar remember Mary Slessor. One of the main streets in the centre of the cityis called “Mary Slessor Avenue” and a significant roundabout at one end of this tree lined street has a large piece of public art erected in memory of Mary. 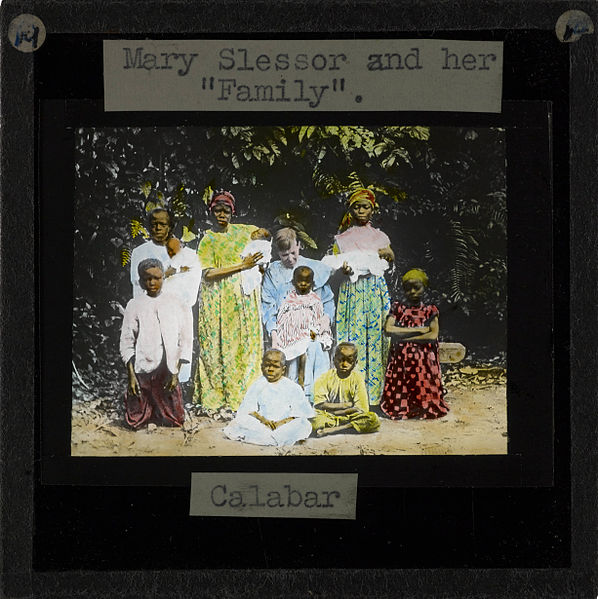