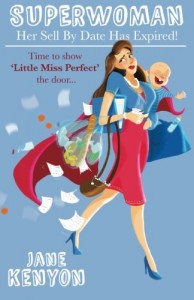 In reading this book and Jane’s biog it is clear that she is a woman who has had a great deal of business and coaching experience. She also has some strong opinions and views on the life of women in the 21st century. It is clear that she has also translated these strong views into helping girls and young women to meet the challenges that face them in a society which is still male-dominated.

She is generous in her gratitude to the many women who have helped her in life and pays tribute to them. So a good start. The book reads well and I particularly enjoyed the snippets and quotes from some of the women that she has come into contact with, over the years. I also thought that there was a lot of very useful information which served as a reminder of the iniquities that women worldwide still have to deal with as part of their everyday lives. These sections were clear and succinct and forthright. However there is no doubting her heartfelt concern for the plight of women as victims.

In fact it then became, I think, more of a counselling session dealing with how women have to be realistic in what they can achieve, in trying to balance all of the different parts of their lives. This covered how women have to stop being superwoman, how they need to be more patient with the people around them, especially their partners. In fact I know, because Jane tells us so, that she has done relationship counselling and quite a bit of the book was given over to what felt like tips on how to manage relationships and how to attract a partner if you are single. I had little or no problem on most of what she had to say but by then was beginning to wonder who the book is actually aimed at.

I felt that Jane was at her best however when she was dealing with issues like body image and the impact that has on young women and their relationships and how it does a dis-service to the men in our lives. I found the book much more compelling when she was in campaigning mode rather than advising mode.

I think that Jane is very good at putting her points over clearly, writing in such a way that it is easy to read. I found lots that was interesting and useful in this book.

I think it is a book of three parts: one which deals with confidence about the issues that women globally have to deal with and providing the evidence to prove her points. The second part is the one where she deals, in depth, with the challenges facing middle-class women in work, both in and out of relationships. Lastly there is a significant portion of the book which feels like “How to….” from a counselling perspective. I think she covered all of these well.

In the end, it was not the book that I expected. I think that Jane probably has an awful lot more to say about women globally and the challenges to people in our western society. I would have loved to hear more about those.

SUPERWOMAN, her sell by date has expired was reviewed for the3rdimagazine by Annie Casey

Superwoman – Her Sell By Date Has Expired is available on Amazon or you can request a signed copy priced at £12 from Jane directly by emailing jane@wellheeleddivas.com

1 Comment on Superwoman, her sell by date has expired