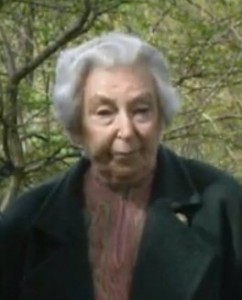 Introduction:
When I first started to read I read voraciously. I took up residence in the local library and sat on my bedroom windowsill so that I could read into the early hours of the morning, long after my parents had called for me to put the light out, using the orange glow from a nearby street lamp. My library books were Kipling and Dickens as I tried to impress with my cleverness aged 6. The books I read most of all were Denis Wheatly, Jean Plaidy and the wonderfully named Rumer Godden, as these were the books I found, along with stacks of Readers Digest, in my grandmothers bedroom on the Saturday nights we children spent with my grandparents.
Karen Birch

It was, (along with Great Expectations, which I still have), the first book I bought for myself; purchased from a book stall on Widnes market with my birthday money aged 7. I can’t remember the story, which looking at the racy cover of the paperback version is probably just as well, but the book itself was green and hardbacked. It is entirely possible that, considering the racy cover, the book was confiscated as soon as I got home. That would certainly account for the fact that the book is no longer in my possession! The point is that I remember Rumer Godden and her quirky heroines and her wonderful storytelling.

And since today is my birthday, and anniversary of that purchase, I choose to remember and celebrate and thanks Rumer Godden.

Rumer Godden was an influential and sadly underrated novelist. She published 70 books,a number were big sellers, several were made into films and four have remained continuously in print since they were first published. Margaret Rumer Godden was born in Eastbourne and was six months old when her family returned to India as her father managed the Brahmaputra River Steam Navigation Company. Though schooled, intermittently, in England she spent her childhood in India. In India the Goddens lived, in the style of the Raj, in a vast mansion house in Narayanganj staffed by legions of servants. The house features in a number of her novels, as does much of her life as she relied on reality to inspire her fiction.

Rumer worked tirelessly to become a successful writer, she was driven. Writing was her life and her life was her writing.
“All these young people, particularly women, say, `We want to express ourselves’, but writing is not self-expression. The writer is simply an instrument through which the wind blows and I believe it is the Holy Spirit that makes the artist creative. My writing is something outside me that I’ve been chosen to do and I think that is what has enabled me to go on.”

Aged 26 she met Laurence Foster and became pregnant by him. They married and though the baby died four days after birth they went on to have two more children. After 8 years Laurence abandoned her and the children, also leaving behind massive debts which forced Rumer and their children to live in a house without water or electricity. Later a friend moved in, bringing along a cook who put opium, marijuana and ground glass into their food – an episode that Rumer used as the basis of the novel, Kingfishers Catch Fire.

Rumer returned with her daughters to Britain for good in 1945. She remarried and lived for a while in Highgate, (Margaret Rutherford lived upstairs) then in Henry James’s house, in Rye, East Sussex

Her husband James died in 1975 and a couple of years later she moved to Scotland to live with her daughter Jane and continued to write.

She was appointed OBE in 1993.
Her last book, Cromartie vs The God Shiva, was published when she was 90, just a year before her death.