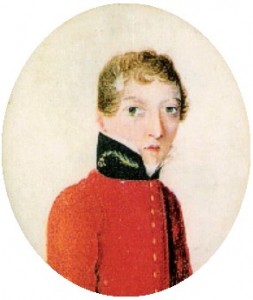 Born around 1790, Margaret Ann Bulkley, known throughout her adult life as James Barry, was a military surgeon in the British Army.

Details of Margaret’s early life are sketchy but it seems that she was born in Ireland and, due to the financial hardship the family suffered, travelled to by boat to Edinburgh, assuming the identity as the young man James Barry during the voyage, so that he might be accepted into university to study to be a surgeon.

Having qualified as a surgeon she joined the British Army, taking up posts in Chelsea and Plymouth before serving in India and then in South Africa. In a couple of weeks he was made Medical Inspector for the colony and performed one of the first known successful Caesarean sections – the boy thus delivered was christened James Barry Munnik.

Later postings took her to Mauritius, Trinidad and Tobago, and the island of Saint Helena. Malta, Corfu, the Crimea, Jamaica Canada – rising to the position of Inspector General before moving to The West Indies. Throughout this time it would seem that none knew that James Barry was a women, or if they did kept quiet on the matter.

Barry was not admired by all, Florence Nightingale who worked with her during the Crimean War wrote, “I never had such a blackguard rating in all my life”

Shortly after his death, a maid tasked with preparing his body for burial claimed Barry was a woman. Army officials, perhaps appalled they could have been so badly fooled or maybe simply wishing to avoid scandal, locked away his medical records for 100 years. In 2008, letters were found confirming Barry had in fact been born Margaret Ann Buckley, niece of James Barry, a professor of painting at the Royal Academy. Much early Florence Nightingale had commented on Barry,”After he was dead, I was told that (he) was a woman . . . I should say that (she) was the most hardened creature I ever met.”

Margaret Bulkley, while living as a man James Barry, became the first biological woman to graduate with a medical degree and went on to become a hugely successful army surgeon, with the highest recovery rate of patients treated during the Crimean War.