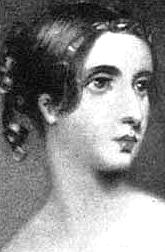 Harriet Taylor Mill suffers the fate of many women, that of being overlooked in favour of her husband, in this case her husband the philosopher John Stuart Mill. Harriet was a philosopher in her own right and an early advocate for women’s rights.

Harriet didn’t produce a substantial body of work of her own on which she can be judged. Rather her intellect and independence are based on her influence on Mill’s work. Mill’s own thoughts were clear, as the dedication in his work “On Liberty” reveals,

“Were I but capable of interpreting to the world one half the great thoughts and noble feelings which are buried in her grave, I should be the medium of a greater benefit to it, than is ever likely to arise from anything that I can write, unprompted and unassisted by her all but unrivaled wisdom.”

Clearly, it is not uncommon for husbands to lavish praise upon their wives but it clear that his high opinion was justified. Harriet had great influence over his career and work, probably to the detriment of the number of works published entirely under her own name.

Harriet and Mill met for the first time in 1830 and despite the fact that she was already married to a wealthy merchant, John Taylor, the two began a relationship which would be scandalous by contemporary standards, let alone Victorian ones. Taylor seems to have been remarkably tolerant of their relationship but eventually insisted on Harriet setting up a separate residence but drew the line at allowing Mill to dedicate The Principles of Political Economy to Harriet. However this work has a chapter attributed to Harriet called ‘On the Probable Future of the Labouring Classes’ in which she argues for the importance of education for all.

After Taylor died Harriet and Mill were able to marry.

Harriet held strong feminist views for her time, and indeed many of the ideas she wrote about anticipated feminist views of the future. Her essay, ‘The Enfranchisement of Women’, initially published under Mills’s name, was prompted by a series of feminist conventions in the United States. It makes a case not merely for giving women the ballot but for “equality in all rights, political, civil, and social, with the male citizens of the community.” It even suggests that the abolition of slavery, school improvement, and prison reform were the direct result of women inspiring men to change the law.

While the essay shares a common thread with Mill’s “The Subjection of Women”, there is at least one major difference. Mill  suggested that the best arrangement for most married couples will be for the wife to concentrate on the care of the house and the children while Harriet argues that married women should be able to work outside the home. The essay asserts,

“We do not imagine that any American democrat will evade the force of these expressions by the dishonest or ignorant subterfuge, that “men,” in this memorable document, does not stand for human beings, but for one sex only; that “life, liberty, and the pursuit of happiness” are “inalienable rights” of only one moiety of the human species; and that the “governed,” whose consent is affirmed to be the only source of just power, are meant for that half of mankind only, who, in relation to the other, have hitherto assumed the character of governors. The contradiction between principle and practice cannot be explained away.”

“That those who were physically weaker should have been made legally inferior, is quite conformable to the mode in which the world has been governed.”

and my personal favourite,

“Concerning the fitness, then, of women for politics, there can be no question: but the dispute is more likely to turn upon the fitness of politics for women.”

For her role in championing the rights of women, over and above her contributions to the works of  Mill, Harriet deserves wider recognition.

Harriet Taylor Mill was nominated by Anabel Marsh @anabelmarsh
To get involved and sponsor a woman from history who you think deserves greater recognition, click here