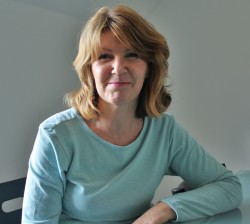 FIVE YEARS PLACEMENT IN THE REAL WORLD FOR POLITICIANS, PLEASE!

Why is it that so few elected politicians have spent any part of their working life outside politics? Only 25% at the last count? What qualifies you to run the country and negotiate terms with Brussels when you have never run a business or mastered the complicated array of benefits to which you say a generous number of us are entitled?

I am sure you read the results of a recent YouGov poll which found that we are less bothered by politicians avoiding tax, shoving cocaine up their noses, or shoplifting than we are about them entering politics without first spending a few post education years amongst the rest of us. Some 55% of the poll’s participants despair at career politicians, a figure that seems surprisingly low given the number of gaffes you seem to make on our behalf or more likely at our expense.

It is evident that you lot have little in common with us. While most of the country has been drawing in their belt ever tighter since 2008, child poverty is on the increase and wages have flatlined for those lucky enough to be in employment, your Independent Parliamentary Standards Authority has proposed a 11% wage increase (approx. + £7000) for MPs from May 2015. Sure there was a bit of rumbling in Westminster about how unjust it was when the electorate is toughing it out, but this just emphasises how little you have in common with the rest of us!

To extend the distance between politicians and the electorate, you treat us like we know nothing and need bad news to be spelt out in simple terms. For instance your economists announced that wages are falling in real terms due to the growth in baristas, and felt they had to expand on that bombshell by explaining that this rapidly expanding sector pays low wages. Is this the real reason, is it?…..

…. Or is it because the private sector has kept wage increases at a minimum (if increases are being given at all), you have frozen or capped the public sector wages at 1%, and the growth in minimum wage recipients has increased. (okay, there are other factors but I’m only a market researcher).

We are also expected to pay for your bad planning; the £1.7bn bill imposed on the UK by Europe is a case in point. Britain agreed the reformed approach in calculating members’ contributions and we had been underpaying ours since 2002. British officials knew it was coming, so why the surprise when the bill landed on the doormat? There has been a slight irony to your refusal to pay, when it is fairly impossible for us to wriggle out of a due council tax bill. Bet you’ve never had to do that, eh?

It’s not that there are not enough brains in the government, I commend you and your parents for your brilliant education, nor that your cabinet try their very best to do the right thing. It’s just that you politicians are just rubbish at running our country and there are not enough of you who are like us.

Nigel Farage claims that he is a man of the people, he has been amongst us with a career as a city trader before entering politics. Sorry to break this to you Dave but City trading is probably as far from the average citizen as you could get. Your ex BFF, Nick Clegg, also claims to be a man of the people and worked in Journalism for the FT before working on aid programmes in Europe for the European Commission.

The UK belongs to its people not its politicians and we deserve it to be run efficiently for our benefit and with a long term view. You should be honoured to represent us, not palm us off with false promises and electorate-pleasing sound bites, peppered liberally with paranoia at the first sniff of losing power. Your attention is not always where it should be.

So back to the title of this letter. You lot need to get down and dirty in the real world like the rest of us, it should be a compulsory entry qualification for politics. You mess around with our children’s education in the name of improvement so here’s one for you. You are custodians of people’s lives and livelihoods. We have businesses and children, homes and time that we want to enjoy in good health and with some financial security. If you don’t understand that you shouldn’t be in politics.

Yours,
Disaffected of Chesham

Margot Grantham is Business Development Director with WDG Research LLP
Twitter: @WDGResearch
“Visit wdgresearch.co.uk and see how we can bring you closer to your customers”