Quantum physics tells us that we are simply huge clouds of atoms that interact with each other on a physical and personal level.

Kieran Hearty, author of ‘How to Eat the Elephant in the Room’ calls this ‘quarkiness’. And he believes that by understanding ‘quarkiness’ we can ensure we have a motivated team.

In quantum physics, quarks are so tiny that they are almost impossible to see. In a team meeting, clouds of silent, covert messages are almost imperceptibly exchanged. This is ‘quarky behaviour’.

In other words, we get a better return from the same amount of energy by being positive.

“Have you recently experienced a situation where a small act of disrespect affected you for the rest of the day? I remember delivering an important presentation in which my performance was badly affected because of the way the CEO, sitting in the front row, was looking at me! How on earth do you explain such a thing?” asks Kieran.

A single quarky act of disrespect is hardly felt, but cumulatively, because of the sheer volume of quarky behavior that we engage in, it can have the corrosive and damaging effect of a sandstorm upon the motivation and performance of teams.

Think about this; if quarky behaviour is driven by our reaction to people that are only slightly different to us (resulting in semi-subconscious emissions of disapproval) what does this mean when the person is of a different colour, gender, religion or sexual preference? Quarkiness therefore has huge implications for the big workplace issues such as diversity and inclusion.

How do we make ‘quarkiness’ work for us rather than against us? Kieran has the following advice:

The language of ‘quarkiness’ is universal. It transcends gender, race, language, and culture. Who would have thought that quantum physics could provide us with the answers we need? 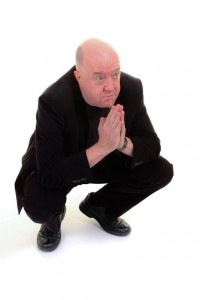 About Kieran Hearty
Kieran Hearty is an Executive Coach, Consultant and Leadership Speaker with over 30 years’ experience across international technology and financial services companies.

He is author of ‘How to Eat the Elephant in the Room’.

Kieran’s successful programmes have made a huge difference to thousands of managers and leaders who he has coached and developed worldwide.