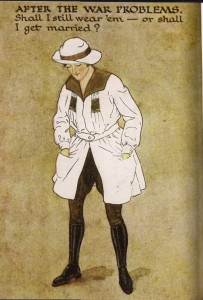 I cannot help but be moved by all the Great War centenary celebrations at the moment and being married to one of the UK’s leading WW1 historians it is a period in history never to be forgotten in my house.. The courage and tenacity showed by our nation has moved me to tears on many occasions over the past few months.
So what can I write about to recognise this moment I thought? Then I watched Kate Adie’s awesome documentary on the role and changing economic power of women during The Great War and the words started to flow…

I looked on in awe as women from all social classes stepped up to do work seen as the exclusive domain of men pre war. Women worked down the mines and in the ship yard. They delivered the post, worked the land and kept the war effort going by putting their own lives at risk in the Munitions factories. They nurtured the sick and wounded, policed the land, put out fires and joined up but it was made very clear to them at every turn that these jobs were only theirs ‘For the duration.’ And when the men returned they would have to revert to their previous status. I had an aha moment at this point recognising that this was the real start of our battle for equality.

Adie pointed out that men feared the feminisation of work would down skill their jobs when they returned as women would work for less and were less skilled than men. They also felt women demanded less than men as their needs were cheaper. Oh my hubby chortled out loud at that one I can tell ya!!

On reflection, I can understand this dilemma perfectly from both sides. The men were away from home fighting the bloodiest war in our history and in need of normality when they returned, yet the women had been released from domestic drudgery and servility and experienced independence, comradery and economic autonomy for the first time and wanted to retain some of this when their men returned.

In essence, both sexes were sold down the river on this one! Life was never the same again and I feel, as women, we have been fighting to retain our economic independence and our right to equality in the workforce ever since.

Depressingly by 1918 once the war was over, one third of adult women were in employment, exactly the same as before the war and within 12 years women’s wages were 50% less than men’s for doing the same job.

The message was clear. It is OK to help out on the home front and respond to the Governments call to persuade your men to sign up in war time but when they return, life goes back to normal and you need to get back in the kitchen!

Unfortunately this was the ultimate Pandora’s Box situation. For the first time in history many women were liberated and had a true sense of empowerment, they had tasted freedom and now wanted a role outside the home, a public life. They wanted to be part of the workforce. They saw themselves differently. Unfortunately, the men were away when this shift happened and so did not get to share it, or prepare for it, or understand it. For them listening to their women talk about a life outside the home was one step too far, treading on their identity and significance at a time when they felt they had a lost enough.

I get this and I do have some sympathy for the men returning from war to a changed country, where their wives wanted more and their daughters more still! It feels as though women changed in a way that men neither wanted nor approved of and we have been banging on the door of equality ever since.
I honour all those women who stepped up and gave the generations after them permission to demand more, to be heard, to play their part in the economy and public life and to find true fulfilment. We owe the men and women who lived through these times a great deal, not least of all our emancipation.

Today, our standard expectations were their battle cries and I only hope we open as many doors for the next generation as they did for us. I dedicate this blog to them all. 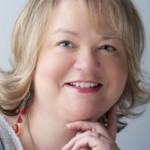 Jane Kenyon is a dynamic, serial and social entrepreneur involved in several businesses and working as a coach and speaker internationally. She is recognised by her peers as an inspiring individual who has the ability and talent to expect nothing less than outstanding and although she has experienced hardships in both her personal and business life, she never quits. In 2011 she won a SheNetwork award for her social enterprise Girls Out Loud and in 2012 was nominated for a National Diversity Award as the top female role model, only 1 of 3 finalists from over 5000 applications.