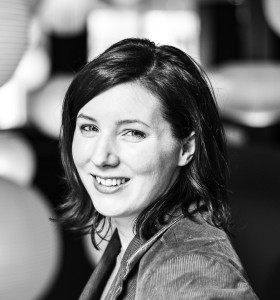 Although I was never top of the class academically at school, I was a whiz on the computers – mainly due to my embarrassingly poor handwriting! My family is very entrepreneurial which rubbed off on me over the years growing up. I have always had an entrepreneurial spirit – constantly looking for improved ways of carrying out tasks but unfortunately the school system doesn’t directly reward this skill set!
I went on to complete a degree in music business admin and although I enjoyed an exciting stint working in the creative music and advertising industries, it soon became clear that my strengths lay very much at the organisation end of the creative scale.

I first had the idea of being a virtual assistant (VA) when my dad mentioned he was thinking of setting up an internet cafe. I pointed out that he would do better if he employed staff to show customers how to use the computers to their full potential. Although at the time people were becoming increasingly computer literate, a lot of businesses were still going about admin jobs the long way and wasting precious time…
The idea of time saving admin duties just wouldn’t go away. In September 2004 I found myself at a Business Gateway event learning about how to set up my own business doing exactly that – saving companies time!  A key factor in my decision to start working for myself was seeking more control over how I worked and who with; I couldn’t stand being restricted by nine to five hours, I detested wearing a suit every day and battling the morning traffic seemed so futile.  Working for myself provided me with the flexibility I so craved, and allowed me to wear my jeans every day!

I officially launched in December 2004, so 2014 will see me celebrate a decade in business – gosh that makes me feel old!

When I launched I had a huge influx of enquiries into how I got started as a VA and where I went for advice and information. To save time I put this all onto an online resource to direct aspiring virtual assistants to… it soon mushroomed into www.societyofvirtualassistants.co.uk (SVA) which is now the largest organisation for virtual assistants in the UK boasting more than 1400 active members.

Back when I started, the VA community was in its infancy – online or cloud working were simply unheard of.  When I launched we had an ISDN phone system with physical phone lines coming into the building – who would bother with all that now?  The system I had put in then cost me £5,000 – the equivalent VOIP system now is about £120!  I launched with paid employees, a physical office, and quite high overheads.  Over the years, the overheads have reduced dramatically and there’s no real reason why I can’t work from home so that’s what I do for the majority of time.  We now work mostly with self-employed subcontractors, which allows me to rapidly upsize or downsize the team as needed and recruit different skill sets depending on client requirements.

I started out in business as a singleton having to pay all my own bills, and I now am a married mum so my lifestyle has massively changed over the years, but the business has been able to accommodate and adapt.  Maternity leave was brief but actually on reflection I think that was a good thing and suited me personally – I saw a lot of other mums having to go back to their full time jobs when their babies were around 10 months old, having never been left with anyone else and totally unused to a change of venue.  My son did that from about five weeks old, so he has always been quite relaxed about new people or new places, it’s just normal to him. Different things work for different mothers but personally my decisions felt right at the time.

My job is a little odd – it has a natural rhythm to it.  The clients tend to send work in towards the end of the day, and we get all the work done, checked and sent back to them the following morning with a fast turnaround.  That means I’ll often be working late at night or early in the morning, but I’ll be able to take a few hours off during the day.  I often work when my son is asleep which is when I am most productive actually. I see my role being the ‘fat controller’ of all the tasks that come in – be that transcription, research or marketing for example and it’s my job to assign that work to the team and make sure it all goes back on time to the clients.  You have to be good at juggling priorities, remaining calm under pressure with a meticulous eye for detail.

I really enjoy my job – and I’m good at it.  I have had offers to buy the business several times which I do find flattering but turn down as I enjoy it all too much – perhaps that make me a rubbish entrepreneur!
As the business continues to grow I would love to have a slightly bigger team and be able to take a few weeks each year – at the moment I tend to only take between Christmas and New Year off, so I’d love some more solid time with the family.  That’s something I’m working on!

For the VA industry as a whole, I’d love to see more businesses embrace it as a more acceptable and smart way to operate.  We actually have a number of clients who won’t admit to using a VA as they see it as being inferior to having an in house resource.  It’s not – it’s a clever way of minimising your costs whilst maximising productivity; that needs to be what people think of when they hear the phrase “virtual assistant”.  I predict we will see an increase in large companies outsourcing jobs to teams of VAs and being upfront about it too.  I’d really like to see higher standards enforced across the industry too – there are too many rogue VAs out there giving the industry a bad name.  We really need a universal standard set in place – I strive to do this with the SVA.

This women led business story was contributed by Caroline Wylie

Caroline Wylie is the founder of the Society of Virtual Assistants (SVA), the largest membership organisation for virtual assistants (VA) in the UK. The SVA connects VAs of a certain standard with businesses of all sizes. Caroline also runs Virtually Sorted, an experienced team of virtual assistants working with businesses and individuals to make life more manageable.
Email: info@societyofvirtualassistants.co.uk
Twitter: https://twitter.com/societyofvas
Facebook: https://www.facebook.com/SocietyofVirtualAssistants