This is the second part of a trilogy by C A Hope which is based on the true story of the birth of the New Lanark cotton mills which is now a UNESCO Heritage Site.

Previously I reviewed the first book: New Lanark Spinning New Lives, in this magazine. I enjoyed the first book which mixed fiction with fact. The facts of the life of David Dale, whose benevolent management of the mills at New Lanark was revolutionary, were contrasted with the lives of his workers, specifically with the Scott family. C A Hope managed to make the true lives of the Dale family just as interesting as the fictionalised, albeit very much based on fact, lives of the Scott family. I found myself just as interested in finding out about how their lives played out, as knowing the facts of the lives of the Dale family and, in particular, the life of Anne Caroline Dale who was to become the wife of the legendary Robert Owen, the visionary of the title.

I enjoyed this book just as much and I think that the author makes a great job of describing how difficult life is for Anne Caroline, living with Robert Owen, who has taken up the mantle from her father. Robert is even more determined than the great David Dale, in educating and providing decent living and working conditions for his workers.

We hear of how their lives develop as they grow their family and as they move between their home in Lanark and the homes of David Dale and his other daughters in Edinburgh and in the countryside. For those of you who, like me, know the Glasgow, it comes as some surprise that Cambuslang was countryside then and where David Dale’s country mansion was. Nowadays, about four or five miles outside of Glasgow, it is certainly not in the county.

The Scotts meanwhile, are beginning to do better for themselves and Sam, of whom we hear little, in the first book, reappears to the great delight of his family. He has done well in the army, fighting against Napoleon and in fact has been decorated. Further on we also hear about Sarah, the sister who disappeared at the end of the last book. As in the first book, I found the fictionalised account of what life was like for those who worked in and around the mills engaging and continued to find the contrast between life for those who were well off and those who had to labour, fascinating. However this difference in lifestyles did not make much difference when it came to coping with the diseases of the time and the Dales and Owens, despite their wealth, still had their sorrows to bear.

Another contrast in the story was the difference in the attitude of the mill workers. Dale had been universally loved and respected by his employees while Owen, who has now taken over the mill, is for a long time resented and misunderstood. This is a further difficulty for his loving wife but while she can understand the ‘visionary’ in Owen it is little understood not only by his employees but also by his partners in the mill. Over time they become more concerned about profit in a difficult financial climate, due to the Napoleonic wars, and less and less interested in improving the conditions of the workers.

The book ends on a bleak note for the Owens while the Scotts too have their problems. Their family has only been together again a short time before disaster strikes again. As, at the end of the first book, I am left looking forward to the third part of the trilogy to discover what happens to the Scotts and to read about how Robert Owen turns his fortune around and truly earns the title of visionary. 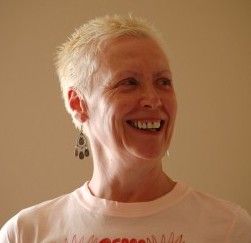 This review was submitted by Anne Casey, a founder member at the3rdimagazine. As well as regularly reviewing books for the magazine, Anne writes regularly on issues of health, well-being and equality.