David Marquand, the political philosopher and former Labour MP, who will be 80 in September, has lost nothing of his robust and intellectual analysis. He gives a resounding call for a public debate on how to create a “moral economy” following the collapse of 2008.

In some ways this is already happening. Think-tanks such as Tomorrow’s Company have stimulated the debate with their Tomorrow’s Values lectures in The Mansion House and elsewhere. The headline to the last chapter of Gordon Brown’s book, Beyond the Crash (2010) even read “Markets need morals”. A great deal of soul searching is going on. My own organisation, Initiatives of Change, organises forums on creating trust and integrity in the global economy. 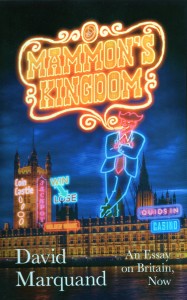 But what disturbs Marquand is that little has really changed. We live in a more unequal society than ever. London has more billionaires than any city on earth. Yet the poorest fifth of Britain’s population is the poorest of all the EU countries, he claims. The benefits of growth are not evenly distributed. The UK is mammon’s kingdom and “no large Western democracy has been more devoted to money worship than Britain”. As he quotes, “Mammon worship is a melancholy creed.” We have lost what Adam Smith called “the bonds of sympathy” and we need to create a “decent society” that doesn’t humiliate people through unemployment, zero-hours contracts, lack of housing, alienation and poverty.

The question is how. “We won’t learn how to walk the walk unless we first learn together to talk the talk,” Marquand asserts.

His prescription is three-fold. Firstly, we need “the ethic of stewardship”. “The question is no longer, ‘What’s in it for me?’ It is, ‘How can I best honour the generations that have gone before me and discharge my duty to distant generations that I will never know?’” This includes the environmental legacy for future generations: “The imperative is sustainability.”

His second guiding principle is “to master capitalism”. In his light, “the decent society (he borrows the phrase from the Israeli moral philosopher Avishai Margalit) is incompatible with today’s untamed capitalism and the proliferating humiliations that are its hallmark.” Marquand acknowledges the role of the Abrahamic faith traditions in promoting the private and public virtues needed: “Good capitalism is impossible without good people living good lives.” Moreover, “The old elites tamed the capitalism of the nineteenth century in the name of an overriding public morality. In the last thirty years their achievements have been undone.” He hardly needs to reference Margaret Thatcher’s big-bang deregulation and all its untamed consequences.
Thirdly, he calls for “decent elites and a decent democracy”. If this sounds, well, elitist, he asserts that the public philosophy he argues for “would reject the unthinking anti-elitism which has fostered (and been fostered by) the culture of hedonistic individualism. It would stand for open, tolerant, responsive and accountable elites, from diverse communities and backgrounds, imbued with an ethic of civil duty and public service.” “Decent elites” are not just those at the top but the minority of leaders and change-makers at all levels of society: “we enlarge our horizons to embrace the common good by taking part in collective action, first and foremost at the local level.”

If this sounds awfully like David Cameron’s Big Society, Marquand asserts that “the dream of participatory governance has had a powerful hold on human imaginations and aspirations across centuries, cultures and continents.”

Marquand may not sufficiently acknowledge all that is being done to stimulate the public debate. But, to adapt the words of an Elvis Presley song, we need a lot more conversation towards a lot more action. We simply can’t go on as we are. 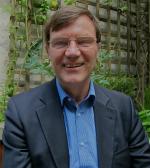 This article was submitted by Michael Smith.
Mike is Head of Business Programmes at Initiatives of Change UK.
Mike has worked with IofC since he was 19. He served for three years in India, 1971-74, on the production of the magazine Himmat, and has since visited India 12 times, reporting stories of industrial development for the Financial Times and other papers. Mike is the author of a book of stories of ethical business and social enterprise practice, Trust and Integrity in the Global Economy, and an earlier book called Beyond the Bottom Line. He is also the author of The Sound of Silence–how to find inspiration in the age of information which has been translated into several languages.