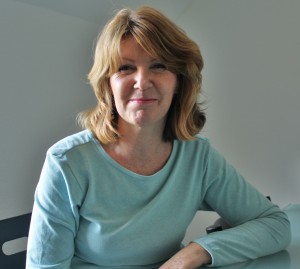 I do not think I have met anyone who has total confidence across everything in their life. The way I think about it is that everyone can be confident in something as long as they know they can do it, do it well and be safe. Receiving encouragement from an interested audience imbues self-confidence. Just as confidence can be given it can also be taken away, and this can expose a more vulnerable side to the person.

I also think that there is a line that links confidence and courage. Confidence gives you courage, and courage gives you confidence, although sometimes courage operates all on its own, when you are not sure you can do something and have no guarantee it will be safe.

To illustrate this I have to go back to when I was in my mid-twenties and I was working in the marketing department of a large consumer goods company. The memory is as clear as crystal. There were four marketing managers and I had a good relationship with all but one. I was not alone, his entire team worked hard for him but he only had time for his favourites, referred to the women in the company as ‘dolls’, and made no effort to subdue his arrogance or ambition. Members of his team, who started off in the department as confident and self-assured, gradually became miserable and ready to leave the company.

During a performance review it was suggested that the manager should take his team including his pa, myself and a couple of others from related departments on a team building course in the Lake District (after all, it was the ‘eighties). There were twelve of us.

The course ran over three days during which we were told to regard each other as equals with no management hierarchy. We were assigned various tasks and challenges with a change of leadership at each stage. We worked outdoors in groups taking on various roles to solve team-based challenges and in the evening we had the run of the indoor facility which included an ‘honour’ bar. Socially, we all got on better than I had anticipated. The manager, still keen to show that he was in charge had the loudest voice but the rest of the team felt in a stronger position to challenge him. Any reference to the three girls in the team as ‘dolls’ was ignored by everyone else, with contempt.

The last day was the task I was dreading – the abseil down a 90ft cliff edge. I have a slight fear of heights and the thought of abseiling was making me feel ill. A few others were experiencing nerves too, including the manager.

At the cliff edge the instructors showed us the ropes – as it were – and how the kit was designed to create friction to control the rate of descent and make it easier for the person holding the rope at the top. One of the team volunteered to hold the rope as the rest of us stepped into our harnesses. By now I really thought I was going to die. One of the instructors attached the rope to the karabiner on his harness and stepped backwards off the ledge. Tentatively I watched him walk and bounce off the face of the cliff wall until he disappeared, and I saw my colleague easily releasing the rope until it went slack as the instructor reached the bottom.

Then I did what I do when faced with fear, I thought beyond it. Like the thought of visiting the dentist, I always imagine a period of time afterwards when I would be back at home or in the office doing something fun/interesting/worth looking forward to. It diverts my attention away from the immediate terror. At this moment I thought how I would feel when we were all at the bottom, ready to walk back to base and pack our bags before setting off on the five hour journey home.

The instructor at the top asked for a volunteer to go first. Without a second’s hesitation I stepped up, still thinking ahead while trying to listen to the instructor. I knew if I had to queue for my turn to jump off the cliff I would lose my nerve. I looked back at the others who were encouraging me, although the manager and a couple of the others were standing further back from the rest. A question sprang to mind: would the Outdoor centre allow us to do this if it wasn’t safe? They must have health and safety at the forefront otherwise they’d be out of business.
With this positive thought in mind I stepped backward on the ledge and tentatively placed a foot over and onto the cliff face. With breath and rope held tightly I stepped off. The instructor shouted for me to relax my grip on the rope, and as I did I realised that I slid slowly back. Slowly and in control. I could just see some of my colleagues and I smiled at them as I slowly bounced down the cliff, releasing and tightening my grip. All the time I could hear words of encouragement from the team and instructions from the instructors at the top and on the ground at the bottom. I reached the bottom in what seemed like ages but it only took two or three minutes. On level ground I felt elated, chock full of adrenaline, whooping and cheering at my own success. I wanted to go again, and shouted up to the others as they came down one by one. Even my nervous colleagues agreed that it was mind over matter, and a great experience.

Then came the manager’s turn, the last man to go. He was hesitating and we could hear him saying he felt sick. We all shouted up to him that it was fine, it was safe, and he would be okay. After an age of would-he, wouldn’t-he, the manager turned around and walked the long walk back to join us. He apologised, we said it was okay.

The reason that this memory is so clear even now, over twenty years later, is that I achieved something amazing – although I have not abseiled since, but I overcame my nerves because I persuaded myself it was safe. The instructors said it was safe and I received encouragement from my colleagues. I gave myself courage; everyone else injected me with confidence. The team-building experience re-injected team members with confidence which played out when they returned to work. They had seen the manager at his most vulnerable, and they had achieved what he felt unable to, his courage and his confidence had failed him. The team had worked together on the tasks in the Lakes and had shown each other their strengths engendering a level of mutual respect.

I left the company a few months after that experience. In the time leading up to my leaving I saw the manager in a different light and I felt it was reciprocal. Instead of dictating what he wanted me to do, he was more prepared to listen to my ideas. I understand things also improved between him and his team, people were more engaged in their work and teamwork had returned – as had been the aim.

Margot Grantham is a regular contributor to the3rdimagazine.