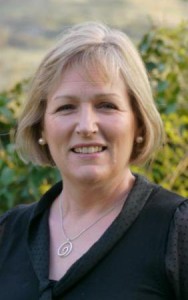 A few years ago I was group coach on a project for 14/15 year olds. Their challenge was to consider and make recommendations on a business question for an organisation. As part of their preparation they had learned their team roles using Belbin testing. They started out full of enthusiasm but after a couple of weeks the group had started to argue and divisions had appeared. Before it got to a stage of complete breakdown though someone asked if how they were behaving was in line with the team roles that the test had shown up. That moment of reflection was very powerful and helped participants decide firstly whether they wanted to carry on and then if they did, what they could offer to the team. Having the opportunity to watch that happen was a huge privilege. Although I asked a few questions to help open up discussions it was up to the young folk themselves to work out what happened next and what part they would play in that.

When I have told that story since, most of my business friends and colleagues comment about how wonderful it would be if that happened more often “in the real world” and this has got me thinking about why it doesn’t.

Although in this case the Belbin testing gave the young people some knowledge about themselves that they could use, we can understand and value our skills, talents, passions and aspirations in a number of ways.

But none of this matters if we then do not do something with that knowledge.

A friend talked about a team they were involved in which they likened it to little kids playing football where everyone is running after the ball trying to score and nobody is back in defence with the guy who has to be in goals, moaning about their lot.

It made me smile. I remember teams that behaved like that. But the little kids will start to recognise what they are good at – maybe with a bit of outside help admittedly – and play to their strengths.

I know from working with clients that their big challenge is recognising and valuing their strengths. I hear “but everybody can do that” or “that should be a given” on something which everyone definitely can’t do well and that maybe it is but it doesn’t mean everyone has it. I often hear comments about teams lacking leadership as if the person with the title is the only one who should be showing it. Or criticism of the chatty team member who knows everyone instead of thinking of ways of using their connections to inform the work that is being done. It is maybe easier to note the deficiencies than to come up with the solution.

The young people I mentioned at the beginning instinctively started to rectify that. They identified the gaps and stepped in to fill them. At a key point in the process they had to make a presentation to the client. There was much to-ing and fro-ing. Those who had a speaking part had their notes. A couple had meeting and greeting roles. There was some sorting of where folk would sit and giving them handouts. I realised that one chap did not appear to have a role and looked a bit left out. I mentioned this to the leader who told me that he was the thread that held them all together. He offered help where he saw it was needed, encouraged his colleagues when they seemed nervous and generally kept an eye on things. He knew that he was good at it so he left the others to get on with what they did well.

So – with this in mind – what strength do you have that you are not offering your team? If you feel hindered by the title or role you have been given who have you told? (hint – if it is everyone but the decision maker you are wasting your time.) If you can see gaps how would you fill them?

Why not think about how much of “you” is really in your team and decide if that is as much as it should be?

The project I mentioned above was run by Space Unlimited. They continue to work on great projects and you can find out more about their interesting work here.

2 Comments on Where’s the “you” in team?