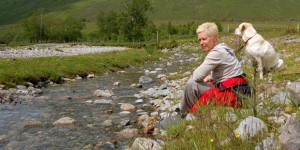 In my working life, I have been part of many different teams and been involved in team building away days. So I was asking myself, what from all this experience could I draw on, for an article for this month’s topic.

Two very different situations came to mind. The first was when I worked in the Theatre Royal, Glasgow, during my 20s. I was there part-time as a student and then full-time for almost eight years but one period in particular stands out in my memory. We were a very small team: my boss, Neville, who was the house and catering manager, I was the deputy house and catering manager, the assistant manager Fiona, who had just graduated and James who came as a YOT (for those of you too young to remember, a training scheme for young people just out of school). Neville had years of experience of managing and working as a team, while we three lagged behind considerably, but boy did we make a killer team. We all loved what we were doing and the enthusiasm and hard work just oozed out of us. We were keen to learn and were lucky enough to have a boss who guided and supported us when we needed it but was also willing to let us try things out and often learn the hard way. Fiona and I had very similar values, knowing that we wanted to do the very best we could and James soaked up the example. We were on a roll!

The areas that we were responsible for were the front of house staff and all the ancillary staff. We did everything from scheduling to times sheets and from organising staff uniforms to covering some of the areas that we were responsible for, when short-staffed. We learned that it was good to ‘muck in’ sometimes which meant helping the cleaners with the deep clean during our dark periods. We learned to be supportive of staff who were struggling in their personal lives and encourage those with aptitude to take more responsibility. We had lots of fun and learned a huge amount along the way. It was the first time that I was really aware of working as a team and the dividends that it pays when it goes well. I still think very fondly of that time as it is still probably the highlight of my working life. Why? Because we loved what we were doing, we liked and respected one another and we had a shared vision of what we wanted to achieve in the area for which we were responsible. And it worked. The theatre was better run, cleaner and the atmosphere lighter. Our enthusiasm and hard-work were infectious.

The second situation that came to mind was a very different one. I had just become part of a newly formed team: the chief executive’s support team at Bolton Council, responsible for strategy and policy and the management of the regeneration programmes in the council. The team was made up of senior officers with just a few administrative and clerical staff. We were not completely unknown to each other but I know that I was slightly apprehensive when told that we needed to do some team-building.

Early on in the first day, we were told that we had to organise ourselves into a group who would have a situation to deal with and some observers. I was allocated one of the observer roles. The team was made up of about 20 of us, five of whom had to be observers. The group was given an ethical dilemma which they had to resolve and then decide on the action to be taken. Some of the group wanted to go into action mode almost immediately but were soon stopped by two members of the group. These two people basically said that it was immoral to take any action based on the information and therefore could not be part of a group that was willing to go ahead and do what they considered would be unethical. It completely threw the trainers who encouraged the others to carry on which they did, while the other two would take no part in it. I am sure that whatever we learned from it, it was not necessarily what the trainers had in mind. I learned that it is good to be part of a team where individuals would not blindly be told what to do but rather challenge and at times say no and stick to it because they did not believe that it was the right thing to do. Both those men who took that stance were later, in very different ways, to be a huge source of support to me in a very bad time in my life. One in particular continued to be the conscience of the team and both of them continued to challenge us in constructive ways.

I also learned something else. One of the observers was much better than me at giving feedback. She commented on the input of every single person in that group. She even managed to say something about one of the people who had said nothing throughout the whole exercise. She taught me that you need to value every single one of your team and recognise the worth in them.

After a bit of a break I am back working part-time as part of a team again. I am sure that I will have more to learn again about being part of a team but already I am enjoying the opportunity to work with and support people.

Anne Casey is the business manager of the3rdimagazine.

2 Comments on Learning on and off the job