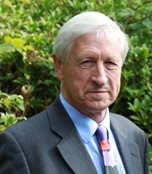 Scott & Fyfe, global providers of technical textiles, have been based in Tayport, Fife for 149 years. In December 2012, Scott & Fyfe was transformed from a family owned business to an employee owned company. Professor Nick Kuenssberg as chairman of the company and an Employee Ownership Ambassador for Co-operative Development Scotland talks to Anne Casey about the transition from being a conventional company to employee ownership.

Was it a challenge to the existing leadership style, balancing increased demands in the shape of more stakeholders, changing the culture to a more partnership approach and working out a communications strategy to keep staff informed?

Did the change require any adjustments in how the company was lead not only at managerial but also supervisory levels?

The answer is similar to the first question. There was a transition over a two-year period when change was happening, allowing employees to become gradually more involved and to become clear what the company was doing and where it was going.

Are you finding that being employee owned makes staff more likely to take a lead on issues?

We are definitely seeing employees taking more of a lead and having the confidence to challenge, but they are also being encouraged down that route. There is no doubt that we are seeing an increased level of self-management.

Do you feel different as a leader? If so, how? Does it feel less lonely?

As chairman, having worked through the transitional period, I feel no different. We were already doing much of what we should have been doing under employee ownership beforehand.

However I spoke to the CEO, John Lupton about this and he had a very specific comment. He said that he has never been as proud of a team as he is of his fellow Scott & Fyfe colleagues. However, he is disappointed that, because of the economic climate, there have been no short-term rewards and is frustrated that the results of the employee engagement and the innovation-led strategy which foreshadowed employee ownership have yet to be seen.

What single piece of advice would you give to an organisation which was considering moving to this model from a conventional business model?

I would give two:

First, you should have done it years ago!

Second, talk at length to people who have already been down this road. Look at the many different ways that it has been done as there are many variants; each company is different and will require a marginally different approach.

2 Comments on Leading a family business into employee ownership