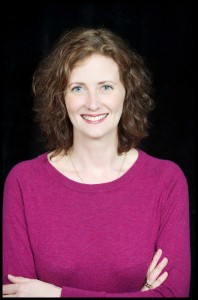 The best mentors in the world are those who mentor by example. The first person who mentored me was my primary four teacher. She was firm, but fair and she admitted when she was wrong. I learned the most from her because she walked the talk.

My first mentor in the world of work was a chap called Garry Mason. An old fashioned style leader who told me what to do because coaching hadn’t been invented back then. I watched and learned from him. He put 100% effort into everything he did, always played fair and was the expert in his field in his department. I watched how he conducted himself and listened to what he said, sometimes it was the things he didn’t say that mattered more.

Then I moved to a large sales organisation and learned from my first regional director how to be thorough, how to maintain ethical standards in a dog eat dog world and how never to play god. She was an outstanding mentor. I could talk to her about anything at all and she would listen in a very non-judgemental way.

I count myself as extremely lucky that the first two people I encountered in the workplace were people I could genuinely learn from. They took a real interest in me as a human being as well as an employee. They took time to listen, time to answer my frequent questions and time to help me develop. They encouraged me and gave me feedback, good and bad.

It went downhill from there for a few years. My next boss was the opposite: a bully, autocratic, self-centred man who had no time for anyone but himself. He enjoyed humiliating people publicly in the office and he frequently encouraged us to make up sales figures so that he looked good.

It didn’t take me long to realise that my first two mentors were the ones I wanted to model when I set up my own business, but I still had doubts whether I could succeed in an aggressive market by being a decent person. Luckily, I was introduced to Peter Taylor of the Town House Collection who patiently spent time with me over a coffee to explain that you can run a successful business and treat people well. He was right.

Having received so much good mentoring in my time, I decided to give something back and volunteered to mentor for Scottish Enterprise. The lady I worked with is still in business, doing rather well and we’re still in touch. Every now and then she phones me to ask a question and I’m always happy to help. What I’ve found in business, is that when you give your time and energy freely to people, you get it back in bucket loads in the form of contacts, leads, referrals and ultimately more work.

Mentoring in business is simply about spotting where you can help others, it doesn’t have to be formal, in fact, its often better if its informal. I have a very good friend called George MacRae who runs Ignite Your Brand and he’s always introducing me to people he thinks I might be able to help. He calls it “The Village” – being part of the business community is just like living in an old fashioned village where neighbour helps neighbour because that’s just what you do. This is always on a “freebie” basis and I’ve earned lots of work from doing just that, sitting down with someone, listening to their business idea or their concerns and offering the bits of expertise I have to help them out. I’ve written presentations for people, coached them on public speaking, written sales proposals and offered tissues when things get tough, all of which has been enormously rewarding.

Business is hard enough without not wanting to help others. If you’ve got experience or expertise in an area that someone is struggling with, then of course you’re going to help them. Never with a thought of reward, other than the satisfaction that you’ve helped another human being fulfil their ambitions.

Mentoring has to be one of the most personally satisfying parts of being in business or any role for that matter. To see a person grow, develop and flourish is worth so much more than pound notes and yet, you get the pound notes too, eventually, which just happens to be the icing on the cake.

I’m currently helping a guy with his sales strategy for a fantastic fledgling business. He’s going to be really successful one day and to help someone to excel is a real honour and a privilege, all for the price of a cup of coffee.

Mentoring is ultimately about helping others up the ladder. Give someone a hand today and reap the rewards for life.

Rebecca Bonnington is a Leadership Coach and Corporate Trainer and Licensed Trainer of NLP. You can train with her by contacting her on 07734 934084 or rebecca@rebeccainspires.com.  She is a regular contributor to the3rdimagazine.