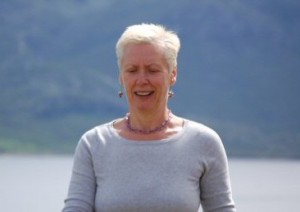 A time of austerity: hard for some and for others it barely impinges on their consciousness much less their lifestyle.

A time of austerity: time to notice the huge inequalities. We read that the 100 richest people in the world could eradicate hunger. We read that Britain is one of the most unequal societies in the world. On a par with Nigeria.

A time of austerity: time to be sensitive to the impact of austerity on people. Yet we have a conservative party which suggests that we are ‘all in it together’. We have MPs opening food banks with a smile on their faces. What is there to smile about the number of food banks  tripling? Oxfam’s UK Poverty Director Chris Johnes, said: “It’s clear there is a massive hole in the safety net when so many more people are being forced to rely on emergency food handouts.

How do we make sense of all of this? Are we only concerned about the impact of austerity on ordinary people if we are experiencing it ourself? Even then we are probably too stressed and worried to consider the impact that this has on our wider society. Too keen to get to the supermarket last thing at night to pick up the bargains.

Personally, I am not finding it easy to make a living at the moment, but I am not exactly going without either. Not many treats and a social life that was almost moribund in any case, has now flatlined. I look outwards and see that it is much worse for others. I see that it is clearly not a case of us being in it together, but rather a time when the poor are being further improverished and women’s march to a greater equality slowing, and that’s not the whole story. There is a feeling increasingly of a divided society becoming more so. No sense that there is a spirit of Dunkirk holding us together.

However I also see some developments which strike me as hopeful. I hear more people saying that we have to take responsibility for ourselves and accept that we need to find a way of living with less, focusing on what we need and less on what we want. We have over-consumed in the past and actually life can be a lot simpler and stress-free when we are not obsessed with consuming. Henry David Thoreau said: “Every superfluous possession is a limitation on my freedom.” Some of us are beginning to understand that if we have more than we need, some others may not have enough even to survive. For some of us this translates into growing more and more of our own food, challenging authority when we think that it is misguided and unjust and making our displeasure known through our actions and words. Communities like AVAAZ  are helping with this.  They are making ordinary people’s voice heard, often resulting in change. The Guardian says of AVAAZ “Avaaz is only five years old, but has exploded to become the globe’s largest and most powerful online activist network.”

It still needs more of us to be taking action against the inequalities that afflict our society but a little bit of hope is still required, so than enough of us can believe that we might just be able to make some changes in our society, for the better.

Anne Casey is a regular contributor to the3rdimagazine.