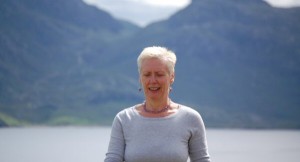 Recently there has been a furore over the Bank of England’s decision to replace Elizabeth Fry by Sir Winston Churchill on bank notes. Elizabeth II is of course on all the bank notes as the reigning monarch and would at the point of change be the only woman, by virtue of birth alone, on the notes.

I have signed the petition to say that this is not acceptable, but for me it is only part of the problem. It’s not just the fact that women are yet again overlooked in this male-dominated society. We women are not the only ones who are overlooked and as such should stand shoulder to shoulder with other sections of our society which are overlooked. This is not just about gender politics, it is about the wider reality of proper representation of all members of our society. We should be asking, not where are the women, but why are the faces staring out at us from our bank notes male and white?

I discovered as a result of writing this article that there is a list of people who have been suggested as candidates for the bank notes. I am not clear from looking at the Bank of England website who actually makes the decision and to what extent, if any, it is influenced by input from members of the public. Perhaps if we care about who is represented on our bank notes we should make our feelings known? Perhaps we need to challenge those institutions which make arbitrary decisions on our behalf? Perhaps it is not good enough yet again to bemoan our fate; we need to make our feelings known? And not just on our own behalf.

Bank notes are part and parcel of our every day life. Sir Mervyn King, the outgoing Governor of the Bank of England said about bank notes recently: “The Bank of England has, through its banknotes, a unique and rare opportunity to promote awareness of our nation’s history and acknowledge the life and work of great Britons.”

How exactly is that going to happen if it is a skewed all white, male view of the world?

How great was the achievement of Dadabhai Naoroji? In July, 1892, he was successfully elected to Parliament where he represented Finsbury. He therefore became the first Asian to be elected to the House of Commons in 1892. How remarkable a feat is that?

What about Mary Seacole, a contemporary of Florence Nightingale who had a Jamaican mother and Scottish father. To achieve what she did was also truly remarkable. Why are we not celebrating the achievement of these people who overcame incredible odds to do what they did?

By all means, we have to continue to work for change in our society but we should do it in such a way that we fight discrimination of any sort, on our own behalf, and on the behalf of all of those who who have no access to our institutions and who lack power.

Anne Casey is a regular contributor to the3rdimagazine.