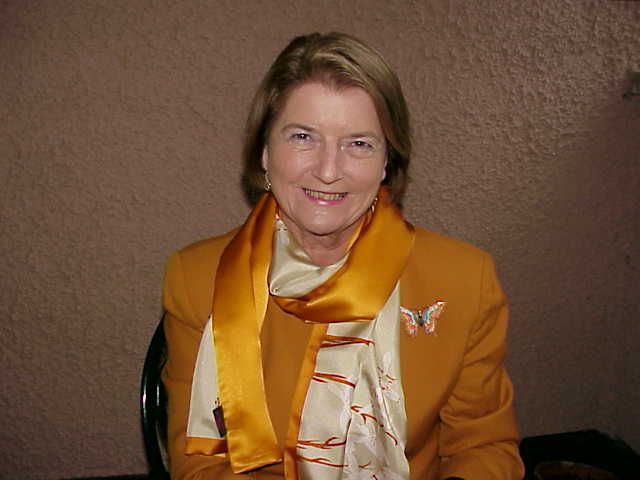 In the early evening of 22 April a dozen women, all members of the group ‘Changing the Diversity of Scottish Boards’ met, where else, but in the board room of a leading investment company in Edinburgh. We were there to listen to one woman’s story of how she became a senior executive and also a Board member. Some of us were already non-executive directors, mainly in the charity sector and, therefore, unpaid. Others were trying to achieve directorships either to improve their knowledge of the fields in which we were already working, or to branch out into something complementary or new.

Certainly none of us would have been at this meeting had we not been enterprising women but, in my view, this is only part of the story. We have all heard or read the statistics on how few women obtain places on the boards of the top 100 companies quoted on the stock exchange and the perceived reason is male prejudice and a propensity for existing board members, mostly men. to favour others in their own image. for vacancies. Countries, like Norway are often held up as examples of how quotas have ensured more women, than was previously the case, have been appointed to boards and it is possible the United Kingdom may go down this route also.

But wait a minute. Surely for the successful and ethical running of organisations in both private and public sector, the criteria applied should be whether applicants, or ‘appointees’ have the necessary skills and experience to make the appropriate level of contribution, to support the executive and have an appreciation of governance. Recent research has shown companies and charities with mixed gender board are more successful than what I call “the monochromes” or even “testosterones”. So, where are we going to find them?

One big issue which only a few so-called superwomen have dealt with successfully is ‘having it all’. For some women their careers are all-important and they choose this route rather than to fulfil what is often regarded as our proper destiny, ie, to have children. I know from personal experience as an enterprising woman with four children and engaged in education, politics and business how hard it is to progress in your chosen field.

Indeed when I was elected as a political group leader in the early nineties this was considered to be an oddity. I discovered later that, in a group of 23, I won the election by only one vote: my own.

Now a small digression from the subject but I believe this approach can succeed in the world of enterprise. I had the backing of my husband, I always treated my family as a team, training if you like, three sons and one daughter to be enterprising and as self-sufficient, as reasonable. And the political group? I had a hellish first year but treated the gang of 11 who had not chosen me, exactly as if they were supporters. It seemed to work because by the time of the next election we had become a cohesive team and won 40% of the popular vote. When I look at organisations now it is very clear to me gender balanced teams, whether executive or non-executive, are the most productive and effective.

All over the world, in the countries still classified as underdeveloped, for example, you can find women running their own businesses, whether in food, textiles or in some instances opening shops. In the so-called developed world the pattern is not dissimilar. During the current economic downturn many enterprising women are starting their own businesses, with a great deal of hard work and capital finance hard to come by, but we are doing it!

The maddening problem which remains, the further up the scale you look is, where is the stream of women executives being developed into senior roles? We used to call it “The Glass Ceiling” and if we are totally honest it is still there. Even now using secondary glazing as well.

I want to offer positive suggestions on which to end. Education needs to be much more aware of the need to treat both boys and girls equally. In the childcare organisation of which I was CEO I did this and boys who wanted to cook were encouraged and girls to play football. Some years ago I was involved in a project called “Primary One to PLC” which was rolled out over various parts of Scotland. I was in the West Lothian one. The children gave a very polished performance in the shopping centre cinema telling us all what they had done, made and sold and who did what. I remember vividly a small boy confidently taking the microphone and announcing “I’m the Managing Director and Tracey here is my Marketing Manager”. So lots still to do and we are not there yet.

Those of us who have enjoyed positions of influence absolutely must encourage, mentor and bring on younger women to believe in themselves and their abilities, to climb the mountain, maybe slip and slide, and eventually get to the top.

Chrisine Richard is a regular contributor to the3rdimagazine.