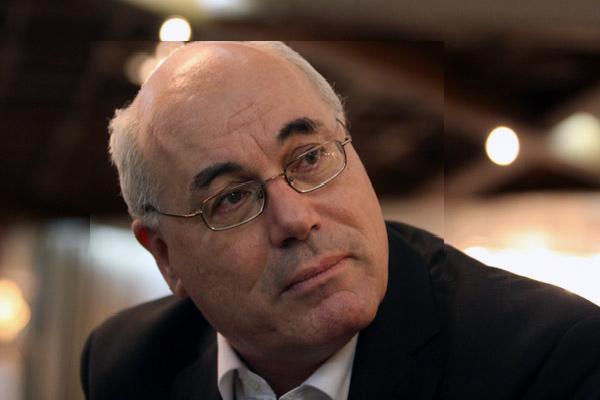 As the economy of Cyprus implodes, UK austerity measures begin to bite and the banking industry retreats further into itself, the need for new and ‘bottom up’ community-based economic tools has never been greater.

One such tool is the Credit Unions, where people make deposits which fund loans within a community with a ‘common bond’, which may be geographic, functional (eg the Metropolitan Police) or possibly both.

Another emerging tool is the complementary currency, of which the best known is probably the emerging range of Transition currencies such as: the Totnes Pound; Lewes Pound; Bristol Pound; Brixton Pound and so on.

While both of these tend to keep economic value local, which is unequivocally a good thing, what they essentially do is move existing economic value around; they don’t actually do a great deal to stimulate new economic activity, the need for which is growing daily more urgent.

Maybe there’s another way of doing it?

The concept of a Guarantee Society is not a new one. For the last 140 years ship owners have clubbed together in a range of ‘Protection and Indemnity’ (P & I) Clubs which mutually insure risks which commercial insurers would not cover. For the last 135 years the same service provider, Thomas Miller, has served P & I Clubs by: managing risks, handling the pool of resources backing these risks; handling claims and providing other services to P & I Club members.

Since 1992 some 18 European countries have seen the formation of Guarantee Societies which enable members of an association, typically businesses, to join together to mutually guarantee bank loans by their members.

Anyone familiar with the work in the field of micro-credit of Dr Muhammad Yunus with Grameen Bank in Bangla Desh will know that one of the key success factors was the way in which micro-loans are supported by the guarantees and support of small circles of friends and relatives.

The advent of pervasive direct instant connectivity and paperless accounting and administration now enables the concept of the Guarantee Society to mobilise a new approach to Community Credit.

What might this look like? Well, firstly, in the future, it will probably be an element of the SIM card on everyone’s mobile phone. In the meantime it will look and operate just like any other credit card, but ‘under the bonnet’ it will be very different.

Let’s imagine a Linlithgow Credit Card, because it is the green and pleasant ‘Garden Burgh’ in Scotland where I live. Local businesses will club together, as they are doing already in a Business Improvement District (BID) initiative, as enterprise members of the Linlithgow Guarantee Society (LGS). They will then extend interest-free credit, time to pay, to local people who become individual members of LGS.

While this credit is interest-free, it will not be cost-free. A subscription will cover the agreed costs of the necessary accounting system, of which there are several cheaply available, and of the service provider. This could be perhaps a credit union or even a local bank such as our local Airdrie Savings Bank, which is the sole survivor of the Trustee Savings Banks which were privatised with the depositors’ own money.

The role of this service provider is to set and manage ‘guarantee limits’ on credit extended by enterprises, and the credit extended to individuals, and also handle problems and defaults. In other words, the service provider will do precisely what it does now but the difference is that it would no longer be exposed to the risk of defaults. Banks would queue up and compete to provide such a service.

If a bank doesn’t take the credit risk, who does?

It is the Guarantee Society members collectively who will be exposed to the risk, and they will protect themselves simply through the making of a ‘guarantee charge’ to both businesses and individuals in respect of the use of the guarantee. In other words, both businesses and customers would pay into a ‘Default Pool’ held in common by a bank as custodian for the members, rather than by a bank as proprietary owner.

Wherever the default pool of funds is held, a service provider ‘managing partner’, in addition to covering agreed costs, could be incentivised with an agreed bonus based upon service level and default experience.

Anyone familiar with how credit cards work, which is to make a fat transaction charge to sellers, and to charge substantial interest and other charges on unpaid balances, will see that a community credit card will operate essentially as a co-operative of sellers sharing credit risk with a co-operative of buyers.

Any surplus from operation could be distributed to members as they see fit, possibly to relieve poverty or simply as a co-op dividend so that those who provide the guarantee, but do not use it, are recompensed for the risk they shoulder.

The outcome would be that such a Linlithgow Community Credit Card could out-compete conventional cards simply because it has the Co-operative Advantage of not paying returns to rentier shareholders and payments to management not reflected by performance.

The Community is the Currency

The really interesting possibilities arise from the fact that every individual is also an ‘enterprise’; it’s just that the value of the service they can provide is not recognised. So the growing number of unemployed could be extended credit by their fellow Guarantee Society members and in return could provide care for each other, and for the place in which they live or provide cultural value like music, art and drama.

As with conventional credit cards, there are no deposits necessary in such a system, which could be introduced tomorrow using conventional software. The result in Linlithgow would be a Linlithgow Pound, which spends just like a conventional pound, but does not require, as do Transition Pounds, the pound for pound backing of conventional sterling manufactured by the banking system.

So Linlithgow Pounds would be created and would circulate only within the community of members of the Linlithgow Guarantee Society.

The Linlithgow Community is the Currency.

Chris Cook is a Senior Research Fellow at the Institute for Security and Resilience Studies at University College London. Chris was director at the International Petroleum Exchange IPE. IPE is known for trading Brent Crude until 2005.

5 Comments on The Community is the currency