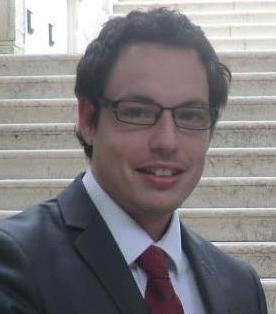 I am interested in the struggle which British people pursued and in particular, the Suffragette movement, to secure the emancipation of the working class and women, in the aim of embedding social justice within our society.

Last September I delivered a speech at the Economic Forum in Krynica. Attendees included statesmen and leading economists from global financial institutions. My speech was about the effects of austerity on young Europeans. In contrast to the panels I had moderated and watched in previous years, this one inspired hope. Not because of the subject of youth unemployment but because of the speakers. It consisted of six people under the age of thirty, with three women and three men, all from different countries throughout Europe. We had the chance to debate at an internationally recognised event, on an issue which directly affected a variety of social groups in Europe, with representatives of both gender.

Unfortunately, my own argument, and the context I found myself in, alerted me to the fact that my own indicators suggested that gender inequality was proliferating throughout Europe.
I pointed out that there are 5.5 million unemployed young people in Europe. On the surface there didn’t appear to be a relevant gender dimension to the crisis whatsoever. The panel and I took a closer look at the statistics, according to Eurostat, which show that whilst general unemployment stood at 23% for men, compared with 21% for women across the EU, the generational dimension was masked.

A closer look highlighted that youth unemployment in Greece was 42% for men and 56% for women in 2011. Similar employment trends were observed in Italy, France and Portugal. There is a real danger therefore that an entire generation of women will potentially be consigned to a lifetime of poverty with little opportunity for career development or employment.

Reflecting on my lessons about the suffragette movement in the UK, I remembered the important relationship between the subjugation of gender and access to jobs. Today, many British politicians should consult their history books before implementing slap-dash economic policies which profoundly impact on women’s potential to participate in the labour market.

The British Chancellor George Osborne argued on the Andrew Marr Show on 2nd December 2012 that the coalition government had stood up for women in the labour market. In reality, women are experiencing wage freezes and job cuts across the public sector where they are in the majority. The pay gap between men and women is still around 18%, and female unemployment is at the highest level it has been for 25 years.

Sadly, the erosion of the third sector is also exacerbating the crisis, including reduced funding for domestic violence support services, which were established to safeguard women, and to enable them back into a safe and secure environment. There is a clear link between those kinds of social mechanisms and the labour market. Sir Patrick Stewart quite rightly championed one support service called Refuge which has supported many thousands of women, who have experienced domestic violence, into safer and more prosperous life circumstances.

He pointed out that “…on an average day last year 230 women were turned away from refuges because there was simply not enough space for them.’’ Regardless, the British Government argues that cuts to those kinds of services are necessary, to fulfil its ambition to reduce the level of public debt. Sir Patrick Stewart pointed out that “..there is nothing ambitious about its relentless demolition of a sector that protects the most vulnerable members of our society.’’

Nevertheless, this short-term cost-saving measure will undermine past efforts and success in addressing gender inequality and women’s significant contribution to increasing Britain’s competitiveness over the past 30 years. The inevitable consequence is a spiral of entrenched poverty, where social mechanisms are cut to reduce the public debt, and the public debt continues to increase partly because of the social inequalities. Thereby limiting access for women, to career opportunities and skilled employment, and with it, purchasing power.

Equality of access to jobs must be properly addressed as a principle, in public policy, in order to prevent further damage in the real economy, caused by gender inequality. In practice this also means the political recognition of reconciling professional and private forms of unpaid work, which could then be translated into policies, which address the damage wrought by labour market constraints on women.

There is hope. Groups, such as the European Women’s Lobby throughout the first second and third sector, could mobilise. Specifically, by calling on the European Council to find a common position, within the European Parliament, to develop a range of economic policies to address gender inequality. For example, a Maternity Leave Directive is considerably overdue. This would allow women and men to balance domestic and professional responsibilities more equitably. The success of the Working Time Directive and Agency Worker Directive demonstrates that it is possible to secure fair and equitable conditions in the labour market.

In addition to that, the ‘Citizens Initiative’ acts as a democratic vehicle for the initiation of progressive policies. With one million civilian signatures the European Commission can prescribe policies, within the purview of its powers. The tools for addressing the damage inflicted by austerity on gender equality exist, and I believe it is a moral imperative that they are used.

Article written by Mat Davies
Mat Davies is Monmouth Labour Party’s European Spokesman, and is a Programme Councillor and Editor-in-Chief for the Economic Forum of Young Leaders. His blog can be viewed at www.matdavies.co.uk.

3 Comments on Subjugation of gender and access to jobs