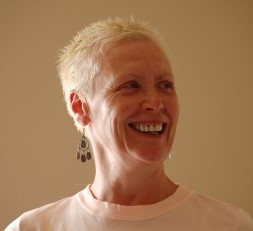 TAPPING ALL OUR TALENTS
Women in science, technology, engineering and mathematics: a strategy for Scotland

This strategy has been produced by the Royal Society of Edinburgh (RSE) as a result of Professor Anne Glover’s encouragement while in the post of Chief Scientific Adviser for Scotland.

The RSE set up a working group which was chaired by the eminent astrophysicist, Dame Jocelyn Bell Burnell, to consider this issue.

The strategy seeks to increase both the proportion of women in the workplace who have qualifications in science, technology, engineering and mathematics (STEM) and the number who are promoted to senior positions in universities, government, business and industry.

I read the first page of the summary of the strategy and was dismayed at the statistics of women in STEM. My immediate reaction was that nothing ever changes from a gender perspective. The report recognises the contribution that women can make and more importantly the need for more men and women in this area because of the improvement these areas of work can
make to Scotland’s economy. So, I had two things to be depressed about.

We are informed of the scale of the problem, for example, 73% of female graduates are lost from STEM as opposed to 48% of male graduates. Yet it is estimated that a doubling of women’s high-level skill contribution to the economy would be worth as much as £170 million per annum to Scotland’s national economy.

The usual factors are in play: family responsibility, attitudes in the workplace, the organisation of STEM facilities in relation to career progression, including a lack of role models.

There is not much new here in relation to what has been discovered. The figures are as poor as you would expect and as I said above, nothing new in terms of why there are so few women generally in STEM and at a high-level.

So, rather than depress you with the ‘same old, same old’ I thought that I would try to find some things that I thought were of interest and worth highlighting.

According to research which has been done within this area, women entrepreneurs are more likely than male entrepreneurs to take a new product to market and more likely to use technology in the production/service provision process. That was it, that was about the only positive, unknown aspect for me in this report. Then it was back to the usual facts and figures that we know about and that is not any different in STEM.

The report looks at public bodies in STEM. The numbers have been falling across the piece but at a faster rate for women, reflecting the numbers generally within these areas. Even where women had a higher representation, for example in the health area, in 2008 female membership of public bodies in the Department of Health was only 35% while women made up 46.3% of the membership.

The report considers that there might be some unique aspects of working in STEM that makes it even more difficult for women. Returning to the workplace after a break as science and technology are developing ever quicker and doing experiments which might be required to run long after the end of the normal working day. Short-term contracts are commonplace in less senior academic posts, the ones more likely to be held by women. Hart and Roberts provide information showing “the dearth of opportunities for part-time working in engineering and science, contrasting this with professionals such as teaching, where greater opportunities exist”.

An EU report is quoted which shows up “a lack of awareness of how systems and structures, policies, processes and procedures can be discriminatory, even whet the employers have the very best of intentions on fairness and equality”.

The usual stereotyping examples are brought to our attention, for example the difference between letters of recommendation for faculty positions. The women are referred to as compassionate and hard-working, the mens’ recommend their achievements, research and ability. Maths and engineering are seen as ‘male’ and therefore women in this area are seen in a negative light. Where they are successful in these areas they are deemed to be ‘less likeable’.

I think that it is great that this report has been done because we need to endlessly keep the pressure on with data that reinforces the need for change. It is to its credit that this is not just another report; it is a strategy which sets out actions, time-scales and partners. However, the fundamental problem for me is that cultural change is required and there is not sufficient emphasis on how we make that happen. We know that change which is well managed has to come from the top and the need for it has to be communicated well and people have to have a sense of ownership of the change required. That is the major challenge for us and it needs to be better understood and owned before we can make a difference. Sadly this strategy hardly scratches the surface in this area.

2 Comments on Tapping All Our Talents