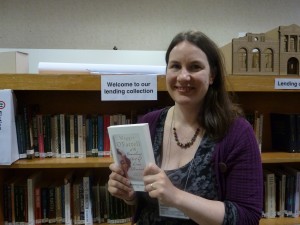 What happens when a girl growing up in the 1930s doesn’t fit in with society’s norms?

Following a family bereavement, a young girl called Esme Lennox arrives in Edinburgh from India. She is wild spirited and as she grows up she rebels against the social codes of how women of her class should behave. She is labelled as troublesome and a series of traumatic events lead to Esme being cut off by her family and erased from their collective memory. This is the vanishing act.

Sixty years on, Iris – a vintage clothes shop owner – is contacted by a psychiatric institution. She is told that one of their inmates is her great aunt, Euphemia Lennox – a relative who she never knew she had. The unit is closing down and Iris reluctantly meets her great-aunt and inadvertently ends up taking her home. Euphemia’s real name – Esme – her identity and the story of how she ended up cut off from her family for 60 years, is pieced together. The narrative is punctuated by Esme’s memories and stream of consciousness and also through the disjointed fragments of her sister Kitty’s memory, who herself is suffering from Alzheimer’s disease. Gradually, Esme Lennox, her family’s secrets and the injustice of her incarceration appears. It is beautifully written.

I’m not sure what the subplot of Iris’ relationships with her step-brother and affair with the Luke adds, although it does offer a bit of an exploration of how sexual relations can interact with familial ones and perhaps offers a comparison of how women’s lives have changed. What is the right thing for Iris to do? Her life as a modern liberated women does contrast with her grandmother’s – she can cut her hair, move around, sit and hold teacups in any manner, earn money and wear what she likes without being considered difficult or mad, but can she sleep with who ever she likes without consequences? There are unspoken taboos and hurt in her life too.

O’Farrell consulted several books when writing this novel including The Female Malady: Women, Madness and English Culture 1830-1980 by Elaine Showalter – I think I might read this next….

Click on the image to order directly from Amazon