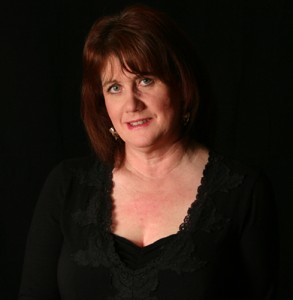 I was born in 1957 in London and was educated in a Convent School where I learned how to be strong, compassionate, confident and an independent thinking young woman. Growing up in the sixties and seventies in such a vibrant city gave me a love of people and a fascination for what makes them tick. I’d sit at a pavement café and watch the interactions between people, their arguments, their body language and I’d be mesmerised. I still am. I don’t make a good coffee companion because I get lost in other people’s worlds and tend not to hear my companion’s conversation!

I guess if you wanted me to sum myself up I’d describe myself as an advocate for women across the world and how they feel about their own self-worth and I’m completely passionate about changing the way women look at themselves and others so that their own corner of the world is a better place, and they can then make their friends’ corner of the world better too and it becomes a domino effect of change. If a woman can teach her daughter that she is beautiful in her own skin looking the way she does, no matter what her size or shape or hair colour etc, then we stand a chance that the daughter will grow into a woman who will teach the same to her daughter and so on. It’s a chain reaction.

Women have it in their own hands to change the way they feel about themselves. The media has a lot to answer for. It’s no shock to ordinary women that the most popular size in the shops for women’s dresses is a 14 or a 16. So why then do all the models wear size 6,8 or 10? Why do a lot of films have only heroines in them who are perfect and slim? Look at your average high street and look at the women walking down it. Different shapes and sizes. Amazingly interesting. All these women are beautiful and worthwhile because you only have to look at them to see the beauty. Don’t just glance. Reach inside and find it and once you have there’s no turning back. Ever. You’ll never view a woman as less worthy than another because she’s bigger or not wearing the latest fashion. You’ll just see her worth and her gorgeousness. No one should let someone else dictate how they look or how they feel. By talking to one another and sharing our own stories honestly, no matter how embarrassing or how ashamed we think we feel, there is always another woman out there feeling the same. Women helping women. Finding ways to make other’s lives better. It’s that simple.

I felt so passionate about it that I started talking to other women all over the world. Their stories were the same. Embarrassment sometimes yes, but finally relief that they could tell someone who understood. Fury often that having been bullied about their appearance at school they’d turned on themselves quite literally and let the feelings of worthlessness destroy their lives. Often, just talking with them made a huge difference. One girl who I talked with actually stopped being bulimic there and then. She’d been bulimic for years but had no one to talk to. She said I’d saved her life. Do you know what that makes you feel? Humble, overwhelmed.

I brought out into the open stories from women who suffered from embarrassing body hair often caused by polycystic ovaries, big boobs, small boobs, big droopy tummies. Ordinary , everyday women who had the same everyday bodies that other women had. Then I put the stories together into a book. No publisher or agent was interested. They didn’t know what to do with a book full of women’s monologues about body image. But I knew. So I self-published and distributed it through Amazon and as an e-book. No publicity. It’s not in high street book shops. But it’s flying, slowly, across the world. The little book with wings. Woman to woman. I’ve had emails from Brazil to New Zealand and they say the same thing. “Thank you for putting in black and white how I felt”.

A few women have even bought second copies because the first is thumbed through so much. It’s become their bedside companion when they feel down or need to share another “sister’s” story. I love that it’s done that. I love meeting women when I sell the book at live events and sign it for them and see the tears in their eyes and can hug them and connect. It’s the most wonderful feeling in the world. To even effect one woman and how she feels. To affect hundreds is a gift.

As well as my passion for women’s feelings of self-worth I am also passionate about charity fund raising, giving 100% of the profits from my book, which is incidentally called “You is For Unique”, to my chosen Charity, Sanctuary for Kids, a Canadian charity which is run by one of my closest friends, actress Amanda Tapping.

It’s a match made in heaven, my book is helping women and is also helping children in crisis across the world! Perfect!

In my spare(!) time, I am also CEO of my own not for profit Fundraising Events Company, Gabit Events which specialises in fundraising for Sanctuary for Kids and Hearing Dogs for the Deaf in the world of Science Fiction fandom by running events in the UK. We’ve just put together a distribution model for Sanctuary for kids to distribute their fundraising merchandise at no administration costs to them.

In case you are wondering I also have a full time job as a personal assistant to a Headteacher in a girls’ school so my time is really taken up. I’m also married, have been for thirty years, with a newly married daughter.

I guess I have to throw into the mix that I am also trotting around my local park as frequently as I can to train as a Torch bearer for the London 2012 Olympics. I got the surprise of my life when I was nominated by readers of “You is for Unique” to the London 2012 Olympics Committee to carry the Olympic Torch and have been chosen to run in London on 24th July. I’ll be carrying it for women everywhere because trust me….you are all incredibly beautiful and it’s about time you all realised it!

“You is for Unique” is available at Amazon.co.uk at £9.99 for the paperback and is also available as an e-book. www.youisforunique.com
Information on Sanctuary for kids is available at www.sanctuaryforkids.org