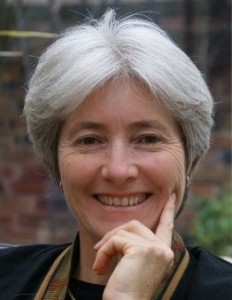 Emotions are running high. We have seen a film and listened to Kevin Rudd, former Australian PM and Jackie Huggins, an aboriginal woman, sharing the story about how ‘The Sorry Day’ held in Australia in 13 February 2008 came to be. Kevin, as the then new PM honoured his pre-election commitment to publicly apologise on behalf of the Australian Government for the tragic legacy which British Colonial and then Australian governmental policies inflicted on aboriginal peoples and children.

The impact on everyone was profound; more so on those whose communities and nations are still locked in the present-day or recent aftermath of struggle and violent conflict.

A black South African man speaks powerfully ‘how can I forgive if my persecutor does not apologise?’ A tiny fragile-framed woman bursts into tears. She is from Burma. Her pain erupting through her rice-paper protection as she remembers the atrocities she and her annihilated family has endured at the hands and guns and knives of those ‘on the other side’. Another man from Arab Africa asks ‘how can I forgive when my persecutor asks for forgiveness and then goes on to repeat his crime?

I am faced with a dilemma. I am practising ‘Turning judgment into curiosity’. To do this, each time I am faced with someone who is behaving in a way that evokes my judgment, I invite myself to explore what it is I am thinking and feeling about them and their behaviour. I then invite myself to imagine what it might be like to be in their shoes and to consider what noble purpose they might be seeking to fulfill even though I might conclude their behaviour to be counterproductive.

Behind the questions posed by my African friends I am sensing an underlying bitterness, resentment, accusation, blame, conditionality, judgment at play; behind the tears, grief, rage, helplessness, I sense a victim-mindset. I find myself moving between victim, persecutor, rescuer, curious third-person observer. I notice I can easily inhabit any of these positions – I know them because I have been all of them in my life, and no doubt will be them again. I enquire with myself about which persona might be most useful to speak from. The one I am drawn to, is the one I think might be most unwelcome in this moment and yet, I believe it might best serve the bigger intention of this conference gathering: Caux Forum for Human Security, 2012. We are here to explore the reality of what is playing out across the world and what we might be able to do differently, to shift the course of a history that has yet to be made; we are here to understand the connection between personal and global transformation. I am here to help facilitate this exploration and unlike conventional conferences this one calls on everyone to engage with their inner exploration – that includes me as a conference facilitator/ contributor. [If you know me, you will know that this exploration needs no invitation!]. I decide to engage with myself as persecutor. I notice my judgements rising within me with regard to the questioners, and I notice how this shifts me into a potential persecutor of them. The ease with which I arrive as persecutor sits uncomfortably with me.

As I step into persecutor mode a series of questions tumble into my mind:

Thoughts from other times and places arrive in my consciousness: I remembered having recently watched Brene Brown’s recent TED talk in which she makes the distinction between guilt and shame. I saw a connection. I remembered earlier in this week being faced with the realities and challenges of how to restore earth’s degraded land accompanied by examples of community after community, nation after nation engaged in dreadful, familiar ever-repeating dramas. Starving families move onto other people’s land forcing them to go elsewhere to do the same to another village or community; some steal another’s food; whilst others start raping and stealing women and children to use and abuse; and others resort to killing in order to take whatever they want for themselves; and then there are those who lie about banking deals or cut corners on health and safety – so people lose homes, money, lives in service to another person’s apparent greed. I saw a connection. Some said the problem was poverty; some said it was abundance; others said it was greed. For sure, people were recognising all these patterns thinking they were different. I kept asking myself, ‘What is playing out above and beyond all these apparently different patterns?’ I sensed there was something deeper, something else; and then out of the mists a possibility emerged: perhaps there was a single uniting feature, a single pattern with two sides, like a coin. On the ‘heads’ side of the coin, we have the pattern of Survival as a desired outcome and on the ‘tails’ side, an emotional pattern of Fear of ‘death’/ annihilation as the underlying motivational force driving people to fight to stay alive. So if we follow this through, we can see how a noble purpose to survive can end up with people behaving in ways that violate others. We are all fighting for our lives and we all get hurt.

Returning to my questions about asking for forgiveness, I reflect on guilt and shame. The connection becomes clear. In order to ask for forgiveness for a minor misdemeanor, I have to be ready to face my guilt – guilt that I did something wrong. That can be hard, uncomfortable and not impossible. Shame is different. Shame shows up when I start believing that everything about me is wrong; that I AM ALL WRONG. For some of us -particularly women – shame kicks in early, even for relatively minor infringements. It is a fight to get free of it. It suffocates and squeezes a life into submission; it imprisons. Shame torments the victim for being victim and the persecutor for being persecutor.

As I have sought to answer my own questions about what it might take for someone to reach a place of being able to ask for forgiveness, I see my judgment fading away; and a soft, gentle compassion arriving in its place. I see the complexity of the journey, the enormity of the internal struggle and the need to arrive at place willing to risk abandonment, loss, death.

This brings me to answering my previous final two questions. It may be that those whom I have ‘violated’ will never be able to find it in their hearts to forgive me. Whether or not they do, if I am to go on, I finally see that it is for me as both external and internal persecutor, to find a way to forgive myself. And for me, this means learning to live with my legacy, to face reality, to grieve the impact of my actions, to accept my fallibility and foolishness as a human being, to integrate my learning and to let my outdated, deluded Self die without conditions or certainty about who or what might emerge as a consequence. 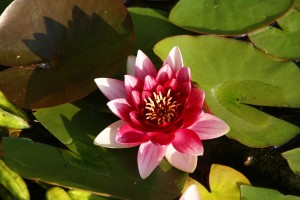 If I, if we – as both the victims and persecutors we all are – can find it in our hearts to forgive ourselves and each other, then out of our collective shame, maybe, the potential for a bright new future may be sown; just as, out of stagnant rotting mud, the vibrant beauty of a lotus flower burgeons forth. Through forgiving, perhaps we might stop fighting?

2 Comments on Fighting for our lives