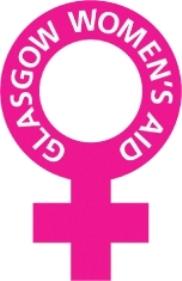 GLASGOW WOMEN’S AID PAYS TRIBUTE TO THE COURAGE AND ACHIEVEMENT OF WOMEN, CHILDREN AND YOUNG PEOPLE WHO COME THROUGH THEIR SERVICE

Glasgow Women’s Aid (GWA) is one of the largest Women’s Aid groups in Scotland. We support women, children and young people who have experienced domestic abuse by providing information and support at our city centre drop in and by telephone. We also have high quality temporary refuge accommodation across the city if a woman needs a safe place to stay.

Domestic abuse can take the form of physical, emotional, sexual or financial. Our service does not judge women or children but will listen and provide support that empowers those who come into our service to move on from their experiences and to live independent and fulfilling lives.

Alison Ryan, Manager of Glasgow Women’s Aid said, “I see women coming into our office in Bell St who are at their lowest point and then I visit the refuge a few months later and the same woman is laughing and has that look of strength about her. That is courage, to leave is courageous and to heal is courageous.

My husband never physically hurt me, it was everything else. He took control of my money, took away all my clothes and allowed me only two Islamic house dresses and veils. I was not allowed to go anywhere unless it was food shopping. He wrote me a timetable dictating all of the housework I had to do and giving me time limits.

The day after our wedding, he told me I was too fat and restricted what I could eat. I had to cooked for the family but the only food I was allowed was cereals and water. I was not allowed to sleep while he was sleeping incase he needed something in the night.

Coming to Glasgow Women’s Aid was the best thing I have done. It has given me the chance to take control of my own life. Starting to eat hot food was strange in the beginning but I feel like I have so much more energy now. Sleeping is still hard but I feel safe. I have been able to deal with my issues better now.

The staff are so friendly and approachable. They don’t put you down because you are fat. They support you and make you feel better about yourself. They were the first to say I looked nice in the clothes I got to choose for myself. I felt so proud. They make me feel much stronger, and I feel that not all of my decisions are bad.

I am still getting used to being alone in a new area but the staff have supported me all the way, introduced me to new places to go and helped me to get to know the area. They have made me feel proud to be me, and that it is ok, I am ok. I’m not inadequate just because my ex husband thought I was. He can’t control me now. I am free.

If Glasgow Women’s Aid did not exist and I had to stay with my ex-husband, I really don’t think I would still be here today.

I was in a relationship which was both physically and mentally abusive for five years before I found the courage to leave. I called Glasgow Women’s Aid and spoke to someone who invited me for a coffee and a chat at their office. After explaining my situation I was offered a place at a refuge which I gladly accepted. I expected the refuge to be lots of different people all sharing accommodation and amenities but I was pleasantly surprised as I was shown into a self contained flat which was clean, spacious and in a nice area.

As soon as I moved in, I have had lots of support from the workers in the refuge, the children’s workers had one to one sessions with my son. Just having a coffee and talking about my experiences of domestic abuse really helped me deal with the situation I found myself in and helped me move forward to secure a safe future for me and my son. My son is now at nursery and I am doing a course that is helping me build up my confidence again. I wouldn’t have been able to do any of this if it wasn’t for Glasgow Women’s Aid.

A Poem by Louise who stayed in refuge