There is a wind of change blowing through employment law landscape. Employers need to think carefully during all stages of the employment relationship before taking any steps.
The law recognises six forms of discrimination; namely sex, race, age, religion and sexual orientation. Despite discrimination law having been with us for some time, there has been a perception that Employment Tribunals have struggled to interpret the law, reflected by modest levels of success for claimants appearing before them.

But could the tide be turning against employers?
A number of recent cases suggest that this might be the case. Miriam O’Reilly’s claim against the BBC was the first successful claim of age discrimination in favour of a female television presenter. In Noor v The Foreign and Commonwealth Office, the claimant succeeded before the Employment Tribunal (subsequently overturned on appeal) in his claim of disability discrimination against the F & C. In that case, Mr Noor contended that F & C had failed to remove the “obstacle” in the way of him being considered the same as other candidates for a job role he had applied for i.e. that F & C had failed to make reasonable adjustments to the job selection process. Mr Noor suffered from dyslexia and dyspraxia and had responded to a job advertisement which contained a mistake, namely that it stated that “problem solving and judgment” was a desired competency. At interview he was asked questions about “strategic awareness” and was unprepared to deal with them. Mr Noor asserted that he was in a substantial disadvantage as a consequence of that change and asked for a re-interview which was refused to him. The Employment Tribunal considered that the failure to offer him a re-interview constituted a failure to make a reasonable adjustment and upheld his claim for disability discrimination.

The Noor case highlights not only that discrimination can arise out of seemingly innocent circumstances but also that the claims can be very complicated both factually and legally. Perhaps more surprisingly, the tribunal was asked to address a claim that had arisen during the job selection process i.e. before employment had begun. Moreover, it shows that tribunals are more prepared to grapple with the challenges that this difficult and legally complex area of law presents.

Lastly, in one of the few reported cases in respect of discrimination on the basis of sexual orientation, the Employment Appeal Tribunal upheld the finding in the case of Bivonas LLP v Bennett. In that case, Mr Bennett, who is gay, was successful in his claim of discrimination. Essential to the case was the fact that Mr Bennett was able to see an internal memo which stated the following: “Lee – takes our cases to his batty boy mate…..”. This comment is again repeated within the memo. Mr Bennett is reported as having signed off sick from work with insomnia due to work issues and cites his concerns as to what are obviously homophobic remarks to his employers. He was successful in his claim before both the Employment Tribunal in the Employment Appeal Tribunal.

What all of the above cases suggest is that there is a willingness on the part of Tribunals to adjudicate on allegations of discrimination at all stages of the employment relationship. Indeed, it can be said that their willingness to do so is in contrast to the historical failure rates attributable to discrimination claims generally. What it tells us is that employers (and prospective employers in the case of Mr. Noor) need to be careful and vigilant. 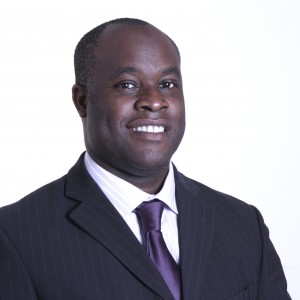 Author: Bellamy Forde, Head of Dispute Resolution and Solicitor at Saunders Law
Bellamy Forde qualified as a solicitor in 2004 after completing his training contract at a firm in west London. He has extensive experience of a number of areas of litigation and heads the Dispute Resolution team. He is a member of the Police Actions Lawyers Group, Employment Lawyers Association, London Litigation Solicitors Association and the Association of Personal Injury Lawyers.