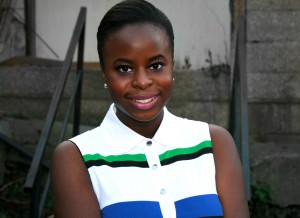 Maintaining a positive reputation is the primary objective and desired result for every entrepreneur in this day and age. It could be argued that the majority of consumer buying decisions are based on the perception of a brand over value and price. From the avid entrepreneur to the TV talent show contestant, without a good track record and a positive lasting impression, the talent and innovation associated with your brand will struggle to see the light of day.

Many businesses have crashed and burned because of their failure to deal with a situation in the right way and others have had to pay a big price to repair and rebuild the trust they once had with their customers.

As a growing business it’s vital that you learn from the mistakes larger establishments have made, as it will save you time, grief and a lot of money!

If you could remember, 2006 had been a difficult year for Cadbury, one of the biggest (if the not THE biggest) manufacturers of chocolate in the world. They had detected a spread of Salmonella bacteria in a few of their products due to a pipe leak at some stage of the production process. It wasn’t until a few months later when there were a number of salmonella cases publically announced, that Cadbury decided to act.

Various reports revealed that not only were Cadbury aware of the breakout several months prior the sick cases, it was also alleged that they kept it quiet from the Food Standards Agency too! After the recall of over 1 million products, you can imagine the pickle that Cadbury had put themselves in. Events followed, with a decline in their share prices, a hefty £1 million fine, factory closures, job losses and a £30 million invoice for dealing with the contamination.

Though this case in itself is unique to the company, there are two underlying principles that can be applied here ensuring your reputation is safeguarded in a crisis from the get-go…

Principle 1: You need to react- QUICK

There’s nothing more hazardous than not putting out a fire immediately as it starts. In Cadbury’s case, being actively aware of the breakout several months before the announcements did a lot of damage to their brand. As a growing business, this could resemble a small glitch in one of your products. It’s best to inform your customers of the glitch as soon as you can. This is in turn will allow you time to work on things without the added pressure and a possible series court cases.

A quick reaction is not only required when there’s a product glitch but it is also needed when a customer launches a query or complaint. Without happy customers there’s no growing business. It is essential that you rectify any customer problems as quickly and as carefully as possible. Customers and clients (including the difficult ones) are to be treated like royalty as they represent your brand.

Building a reputable brand includes being honest and acting with integrity. The only thing worse than admitting, as a company, that there’s a problem is when someone else is telling the world you have one. As the principle of word of mouth works wonders for those doing well, it also has a reversible effect. If news spreads that there’s a problem in your company and you’ve been slow to react and resolve the matter, you will find yourself fighting a bigger battle than you had to begin with.

Managing a crisis is a big slice in maintaining a credible reputation. The other slices include being ethically responsible, delivering on your promises and finding new ways to improve the way your company does things thus benefiting key stakeholders.

“Managing your reputation is a game that you have to get to grips with if you are to stay alive in the cut-throat world of business and entrepreneurship” explains Blessing Platinum, founder of public relations and reputation management firm, 2506. “It’s all a game and sadly, you have to look at it as if it was a popularity contest where only the fittest survive. If you’re popular and liked- you’re winning. It’s as simple as that!”

She then went on to explain that “there’s a reason why, for example, you’ve stayed with the same hairdresser for years! Not only do they know what you like, but they’ve treated you special from day one and you know they have a great reputation; so good in fact that you would willingly recommend them. This principle applies in all areas of life [outside business].”

And if you wanted to know, Cadbury were able to recover from their crisis by launching a ground breaking advertising campaign shortly after.