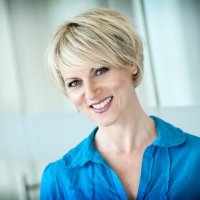 My only problem with writing something this month was the phrase ‘ONE THING’ . How can I be so cross about so many things – especially when I look out of the window and see the highest March temperatures Scotland has (almost) ever seen? I was in Glasgow yesterday and saw a youth driving a bright blue Fiesta at high speed round George Square, naked from the waist up and enjoying some music I didn’t recognise but which sounded like it was made in LA and I thought ‘Ah, yes, Summer…’.
But even the sunshine can’t dampen my indignant fury at some things. In alighting on ONE which I think we should campaign against, whilst it may be boring to all of us, for me it’s still largely to do with the Banks. Or more specifically, the banks we own as UK taxpayers as I read today that the UK government is in talks to flog part of RBS to Abu Dhabi.
I like this phrase from the BBC website “The government, which controls 82% of RBS, has for months been negotiating with Abu Dhabi sovereign wealth funds. It could sell up to a third of its stake to Abu Dhabi, one of the seven states of the United Arab Emirates.”
Sorry, WHOSE share? Last time I looked, it cost me and you to bail out this monstrosity of a corporate crime and keep its unrepentant former CEO in pension paradise. But do we get a say in anything? If it IS the government who owns the stake then why does the government keep bleating on that it can’t do anything to influence bonus payments and executive pay? Last time I looked 51% gave you control of a company, so it beats me why someone with 82% keeps saying they can’t do anything about it.
The next enjoyable phrase. “This is likely to be a loss-making sale, as RBS shares trade at much less than the UK government paid in 2008”. Sorry, who paid? Oh yes, that will be us again. I used to work at HBOS, so I’m throwing my stones from a glass house with lots of broken windows and it makes my blood boil to hear the conflicting arguments for what is going on here. Just remember, as the BBC tells us this morning, “in 2008-9, the UK government invested £45.5bn of taxpayers’ money in RBS, to prevent the bank from collapsing. RBS was close to running out of money after its near ruinous takeover of ABN Amro.” Goodness knows, that takeover was even acknowledged to be a stupid decision in the boom years!
Not only did so many fabulous, talented, committed colleagues lose great jobs from both these organisations, but they lost savings, pensions and more crucially confidence and financial futures. So many fantatsic business people I know have lost their seasoned businesses in this recession, mostly down to cash flow and banks pulling the rug, but after it has etched exhaustion, frustration and desperation into their faces and their lives. RBS and LBG are in debt and indebted to the tax payer and Halifax shows its gratitude by raising my mortgage rate in May, despite there being no base rate rise. And to add risible insult to my boiling injury, we hear these banks still ‘have’ to pay (obscene in many cases) bonuses on top of (often ludicrous) salaries in order to ‘retain talent’. Not one single business I have ever known would have been allowed by a Bank to continue to pay obscene bonuses to their talented staff, however talented, for an unspecified period of time, whilst the company was making massive losses and was, to all intents and purposes, bankrupt.

None of these fantastic businesses I have watched collapse (never use the word fail for these businesses, it’s a pointless word – like a ‘failed’ marriage. What is that – one which ended because at least one and maybe two people didn’t want to be in it so they can both move on, or one that continues for 50 years peppered or saturated with misery, abuse, seething resentment, dysfunction or sadness?) would have been given the time to keep throwing borrowed money from the bank at staff, using the argument that by doing so they’d be more likely to turn things around in the future (maybe), even though Greece is collapsing (so don’t blame us, but let us keep milking the public purse). None of them. Why are we allowing this to happen? It’s facilitating a serial crime. I am a grown up and I know that we had to bail out the banks to keep the economy afloat. It sticks in the throat, but so do many things we have to swallow. I know that and I accept it. But I do NOT accept that we have to keep swallowing these ludicrous arguments.

We are not insisting on changes of behaviour in the people that lead us; we are not insisting on more diversity of thought, attitude and experience in the boardroom, we are not rebelling effectively (though how do we?) at the issue of exorbitant executive pay and we are not being given a chance to express what we want changing – from Expenses-Gate to Leveson, it all just gets more depressing. If the ‘best’ bankers want to go to Tokyo or NYC, let them go. We’ll train some more and we’ll train them differently, not school them in the dark arts of the nonsense that got us here in the first place.

They won’t all go anyway, not everyone wants to leave Blighty and humidity plays havoc with your hair….. I’m not singling out Stephen Hester – he’s no Fred Goodwin, thank Heaven – but it’s the stupidity and hypocrisy of the arguments (we won’t even mansion tax them), the continuous rubbing the faces of the public into the ordure of this financial house of cards and the cartels of politicians (many of whom, remember, also stole from the public purse. I suppose at least they rushed to pay it all back before they were accused by the Met of anything, unlike the aforementioned Goodwin who pulled out a tongue and said ‘mine’ when we suggested he might want to give up some of his multi-million pound pension pot) that makes me so mad. I hate hypocrisy – it’s up there with passive-aggressive manipulation as my most hated trait. Seems “we’re all in it together – unless it affects me.”
Says the BBC “The news that the government is in serious talks with Abu Dhabi to sell a sizeable portion of the bank at a loss will come in for vocal criticism – not least of all at a time of austerity. The deal could see at least 10% and up to one-third of the government’s stake sold. At current prices, it would mean that taxpayers could potentially suffer losses of £1bn for every £2bn paid by the government. However, the selling of part of the bank could stoke further private sector interest in RBS and push up its share price towards break-even point.”
Woop de. Are you, like me, not feeling so great about that as an argument, especially as you watch your mortgage increase on 1st May? I haven’t wanted to campaign so much since the breakout of the Iraq War. But I do now.

2 Comments on One thing to campaign on?!