As the priorities for the economy begin to broaden, the need is to deliver a sustainable and secure economy, capable of redressing the balance, of delivering an efficient welfare system amid reduced budgets, of being sustainable, secure and continuing to be a leader on the international stage.

In the UK, there is a 97% survival rate of community shops with only 8 of 259 shops ever having closed. The co-operative business model is one of high sustainability; proving resilient in the toughest of economic climates. Co-operatives outperform the UK economy, contributing £33.2 billion.

Equality, democracy, and flexibility are unique characteristics of the co-operative business model; a model which doesn’t reward outside shareholders, and acts in the best interest of its members. The Co-operative sector is a pioneering example of sustainability, providing direct, tangible opportunities for co-operative members nationally, and globally.

Setting up a co-operative enabled seven farmers form North Yorkshire to secure a better return for their produce and build more sustainable businesses, for now and for the next generation. “Being a co-operative has brought new opportunities for Seven Hill Farmers. For instance, it enables us to negotiate and have more influence over the price we receive; we are price makers not price takers”. Tim Lawn, member of Seven Hill Farmers. By marketing and selling their produce together, the farmers have been able to get a contract selling prime lamb to Asda supermarkets throughout the country and, since then, they have not stopped growing.

Co-operative Principle Two
The co-operative advantage of achieving a sustainable business; ensuring job security, and profitability is the interest in human need as opposed to human greed. Co-operative businesses encompass 7 principles; ‘Principle 2’ being ‘Democratic member control’; whereby Members actively participate in long-term planning. A principle that Britta Werner who is a worker-member of Unicorn Grocery values, “I realised that there was no hierarchy and people are actually listened to and everyone cares about each other but also the business. I particularly like the equality of the co-operative movement and the doors that it opens for people. People take pride in what they are doing because people care about the community, the environment and each other.” http://www.uk.coop/wiki/worker-code-principle-2

Co-operative members have more control over employment, and understand the decisions they make, directly affect all members well being.

“The decisions we make are ours, and we are not just told what to do, it is up to us for the survival of the business and all the team have this as have this as a top priority” Linda Bratcher, Total Coverage. 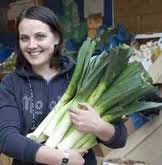 “Taking ownership of your business and being able to identify yourself with a whole movement that shares my views and dreams will continue to meet my aspirations.” Britta Werner, Unicorn Grocery. From humble beginnings 15 years ago as a small shop in a very basic building Unicorn Grocery has grown at a sustained rate, and are now one of the largest independent wholefood outlets in the UK. 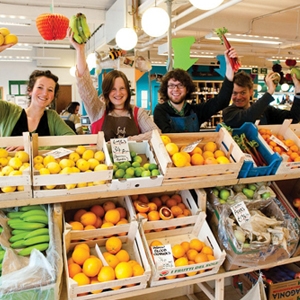 Support for the environment and local economy
Unicorn Grocery is determined to support the local economy, and sustain their co-operative “Every high street looks virtually identical, and we are keen to support and be part of a ‘local’ economy, where money that is spent in an area goes on to benefit that area, rather than lining the pockets of supermarket shareholders and directors”. Unicorn make an effort to try and offset some of the carbon emissions for which we are responsible we pay a ‘carbon tax’ of 0.07% of our sales each year. In addition, we attempt to sell and promote products that minimise the environmental impacts of consumption, such as eco-friendly cleaning products and those with minimal packaging.

Co-operative businesses across the world represent over 1 billion people and have a turnover of $1.1 trillion dollars; securing the livelihood of three billion people – that’s half the world’s population.

Co-operatives UK is supporting the Campaign on Sustainable Employment during the UN 2012 International Year of Co-operatives, a Europe-wide campaign by the co-operative sector to promote businesses that generate long-term wealth for communities.