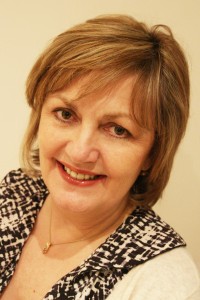 Who says women aren’t funny?  Funny Women, the leading female comedy brand in the UK, celebrates its 10th Anniversary on International Women’s Day this year by challenging 10 high profile women from the worlds of business, media, politics, international development and academia to perform stand up for the first time in their lives. 10 women will be performing a Comedy Challenge supporting 10 charitable causes helped by 10 women’s networks.

The event, which will be hosted by television presenter and founder of Goodypass Kate Garraway, takes place on Thursday 8th March 2012, International Women’s Day, in the luxurious surroundings of the Grange Tower Bridge Hotel in the City of London.

Names such as Charlie Webster from Sky Sports News, the Daily Mail’s sex columnist Rowan Pelling and ‘Queen of Networking’ Carole Stone are just three of the brave women who have agreed to try their hand at stand-up in support of great causes.  Most of the Challengers have experience of public speaking but performing a comedy routine in front of an audience is a different matter.  Funny Women will help all the Challengers with training based on their popular comedy workshops and with help from female comedians – people who make their living from stand-up.

Challenger Vanessa Vallely, founder of city women’s website, wearethecity.com, comments, “ I absolutely support the great work that Funny Women does in terms of encouraging women into comedy and giving women confidence through the use of humour. I am honoured to be taking part and share the stage with so many other wonderful women. “

Not only are the 10 names being challenged to try to be a stand-up comedian for the evening  they are each raising funds from the task for a different charity.  And they are not alone in this effort – each Challenger has the help of 10 of the UK’s most well connected women’s networks.   Founder and director of the National Black Women’s Network, Sonia Brown, says, “I am so proud to be leveraging my various networks and contacts to support the work of the Sickle Cell Society. As someone who has built a business around getting diverse women to come together to talk for positive change, why not make them laugh too!”

“We want to stage an event that really benchmarks what Funny Women stands for after 10 years in the industry to celebrate this milestone,” explains founder and executive producer of Funny Women, Lynne Parker.  “Some extremely high profile professional women use humour to good effect, just like their male colleagues, but humour is not seen always seen as a worthy feminine attribute.  We launched our public workshops and our business brand three years ago and we’ve seen some brilliant new talent emanate from both.

“So, we want to Challenge perceptions with this very special 10th Anniversary event by demonstrating how women from all walks of life use humour and raise lots of money for some amazing causes at the same time. Over the years we’ve encouraged women to perform comedy in aid of charity when they might otherwise not have felt confident to do so and we’re so grateful to the amazing networks and women who have agreed to take part in the Charity Challenge.”

Tickets to the event are now on sale at www.funnywomen.com and include drinks reception, a stunning Grange Hotels meze meal , dessert bar and wine plus entertainment from last year’s Funny Women Awards winner Lara A King…and a few surprises.