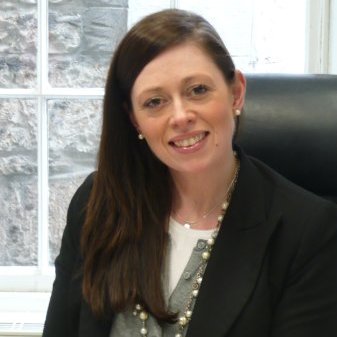 In Scotland Badenoch and Clarke  support clients in the recruitment of experts from a wide range of professions from Human Resources to Banking and Finance, Procurement, Sales & Marketing to Social Care and Social Housing.

Badenoch & Clark have appeared in the Sunday Times ‘100 Best Companies to Work For’ list for four consecutive years.

Bonnie regularly volunteers as a business mentor for Women in Business start ups in association with a range of charities and social enterprises and is a key member of the3rdimagazine business support initiative, Fair Comment.

I met Bonnie to find out more about her career in recruitment and for her to share her story with readers of the3rdimagazine.

“I studied French and Psychology at university and actually  started my working life as a French teacher in a private school. At the same time I worked part-time for Microsoft. It was here that I started to work in recruitment. I saw an ad. in the Sunday Times and just thought to myself, ‘I could do that’. I applied, got the job. I stayed for less than 4 months before moving on to a company to work in more of a marketing role. The internal politics at this company made it really difficult to work for so I borrowed £10k from my father and, together with the man who had been my line manager at the company, set up my own business.”

“It was the late ’90’s and we started from nothing. We had a computer, a desk and a phone each, that was all. We just got on the phone and grew the business that way. The office was based just north of London and we attracted clients from London and out to Oxford and Cambridge. We also had a few overseas clients in France, Germany and Holland. We were innovative and very successful. The late 90’s and into 2000 was the time of the dot com boom and IT recruitment was the right business at the right time. ”

“We grew quickly and had offices near Milton Keynes and in Peebles, yet despite our early success the business came to an end in 2002. We had 3 major clients who were responsible for 80% of our turnover. At the time of the dot com boom it was commonplace to take stock instead of cash and we had a significant stake in those 3 major clients. When the dot com bubble suddenly burst 2 of those clients went out of business and the third stopped doing any recruitment and so we lost their business.”

“It was a difficult time for everyone but I took the decision to close the company rather than wait for the further decline that was inevitable as more and more IT companies either failed completely or cut back drastically on their recruitment activities.”

“At that time I had no clear idea of what I wanted to do next. I came to Scotland for a holiday, intending to stay for just 3-4 months. I registered with Hays hoping that they could find me a job in a general HR role but instead they asked me to set up an HR division for them in Edinburgh! I have to say that I had no real thoughts about the role when I took it on but I absolutely loved it. I had a great boss who had been a director of a number of different departments and new Hays really well. She was a visionary and hugely supportive.”

“As with my own business, I built the Hays business in Scotland from scratch and we became recognised as leaders in the field. I progressed within Hays to become a Director, with specific responsibilities for the strategic direction of the business, for the development and delivery of the Hays Career Transition business in Scotland and for the Executive Search and Selection Permanent Recruitment division. At the end of my 3rd year I received the ‘Outstanding contribution to business award’.”

“I was with Hays for 9 years. To begin with I had the support of a great boss, which is very important in a large corporate. Latterly a new MD came in with a  very different approach to the business. Increasingly I felt that our aims and methods were incompatible. I wanted to be able to engage with all people in the business and to create an environment where all could flourish. This isn’t just for the sake of doing the right thing it makes really good business sense too. People buy from people so it is important to encourage and support your people to become the best that they can be; to allow them to play to their strengths. Clients pick up on this positivity within an organisation and are more likely to want to work with you.”

“I was frustrated that I couldn’t fully realise my vision at Hays and so when the opportunity came to become Director for Scotland at Badenoch and Clarke I took it. I know Scotland and I know that I am in the right place at the right time to make a positive impact.”