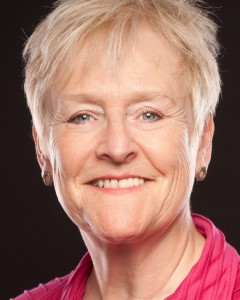 Much has been made in the press, in recent days, of the new film about Margaret Thatcher, The Iron Lady. Boasting an apparently stupendous performance by Meryl Streep (always a winner from my point of view) it has provoked huge debate on Thatcher’s contribution to the lives and continuing welfare of the people of Britain, and especially to its women.

Some have declared her a feminist icon, because her very presence as a woman in the top job in politics made such elevation seem normal to the women who were to follow. (An opinion voiced in the press this weekend by the new Scottish Tory leader, Ruth Davidson. Hmm, exactly how many women did Mrs T have in her cabinet, Ruth?)

She was elected to office in 1979, when I was a young actor working across the UK. (Or more accurately, sometimes working across the UK.) I watched with mounting horror as her policies deregulated the financial institutions, demolished much of the manufacturing base of the country, made the rich richer and swept away a whole political class. This was exemplified by the crushing of the miners in the mid-1980s, an action which wiped out most of the productive coalfields.

Round about the same time a woman called Erin Pizzey was running the first of many refuges for women who suffered from domestic violence. Chiswick Women’s Aid opened in 1971. Providing an escape for women trapped in violent relationships was a new idea in the 1970s and Chiswick attracted enormous publicity and not a few threats aimed at Pizzey herself. The place itself was small, extremely basic and overcrowded but it represented sanctuary to many abused women and their children.

Both the – somewhat ironic – politicisation of the miner’s wives in response to Margaret Thatcher’s actions and the plight of the abused women were brought home to me in a personal way. I was visiting a neighbour of mine in London, the sister of an old friend, and found her packing a boxful of blankets and pillows. When I asked her who they were for, she replied for Chiswick. Great, I thought, why? “Because Erin Pizzey helped me” she replied. I hadn’t known her former husband had been violent, or that this friend had been at her wits end about the safety of herself and her child. She had finally plucked up courage to ring the refuge and speak to Erin. “Don’t wait. Get your daughter now. Get out of the house and into a taxi. You don’t need to bring anything, we’ll pay the taxi this end. Don’t stay there a moment longer. Come here.”

My friend didn’t do so at that moment, but only because the words were enough to galvanise her into action. She suddenly understood that she had an escape route and that she could leave her intolerable situation. She did so shortly afterwards. “And that’s why I send stuff to Chiswick whenever I can.”

Later, when I was touring my theatre show About Face, about the extraordinary flowering of consciousness into action by women involved in the miners strike, I was happy to accept a request to do a special performance in a women’s refuge in North London. Admitted by a coded knock and performing in the children’s playroom, it was a wonderful night. After the show, someone went out for wine and we were there for hours discussing first the play and then every subject under the sun.

So when I saw a letter from Erin Pizzey in the Guardian on Saturday 7th January, commenting on suggestions that Thatcher was really a feminist icon, I read it immediately. When Thatcher became Prime Minister, Pizzey wrote to her. “What, as the first woman prime minister would she do for victims of domestic violence, I asked. I got a letter back to say that Margaret Thatcher was not interested in women’s issues. A feminist icon? I think not.”

Neither do I. Margaret Thatcher was not interested in women and she did nothing to help women, quite the reverse. In my view she is neither admirable nor inspiring and her policies did much to sow the seeds for the economic mess we are in today. On the other hand, Erin Pizzey may not wish to be called a feminist icon, but, whatever the label, she is what I would call a truly inspirational woman.