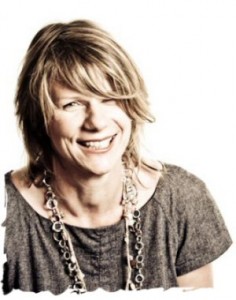 Meeting Mother Teresa was a moment that stands out in my life and not only because she was an iconic figure. I worked with HIV positive patients in Romania in the early 90’s. My husband worked as the charity administrator and often gave extra help to an orphanage that was run by the Sisters of Charity. One evening he told me that the sisters were expecting a VIP visitor. I went to the orphanage as a spectator, a charity tourist who wanted to see a globally recognised figure. I was ushered into a small room with a few other charity workers and suddenly the door was opened to allow a very small, wizened character enter, clad in blue and white, head bowed as she quickly blessed a St Christopher’s charm before handing one to each of us.

A very unremarkable occasion and yet the sense of peace that filled the room while she was there was undescribable. This non-descript woman seemed to literally take our breath away, we sensed that we were in the presence of an exceptional person.

This woman had made it her life’s business to help the poor, the people that the rest of us will often try to ignore. She had a plan and her faith strengthened her resolve to continue her work throughout her working life and into retirement when others would have stopped.

Within business my inspiration comes from successful women who allow themselves to look, think and work like women within a business environment. I was given a book for Christmas written by a woman who has been considered America’s greatest female entrepreneur. Mary Kay Ash built her cosmetics empire after she left her job in 1963 due to being passed over for promotion by a man whom she had trained. She had previously been criticised for “thinking like a woman” in the workplace and yet that thinking enabled her to build an industry that enjoyed sales of $2 billion at the time of her death in 2001.

And on a day to day basis I’m inspired by female friends and clients who are confident in who they are and what they value in life. Women who love to laugh, real belly ache laughs. Women who are happy to admit their mistakes and make some more because they know when pushing themselves they’ll make some mistakes but they’ll also enjoy some great achievements. So never take yourself, or what you have done in life, for granted – you may be the inspiration that someone else is in desperate need of today!