Why every business is in the business of change management – and how to deal with change. 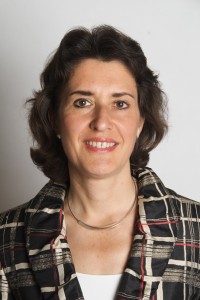 If you’re running a business of any size, you’re also in the business of change management.

It can come at you from many directions: the classic PEST factors (Political, Economic – enough said about this one!, Social, Technological), but also other external ones such as competition (new entrants, new products/services, price changes, new people etc), customers (new ones with new demands, ones leaving, going bust…) and suppliers (new ones to bring in, ones going bust, ones underperforming etc).

On top of that, there’s lots of things that can come from closer to home; for example coping with the growth of the business, the introduction of new products/services that take resources from other areas (especially if the launch didn’t go so well), people leaving (whether in good or bad ways), redundancy, or other more extreme issues such as break-ins or even a fire.

Change tends to fall into two categories; the immediate crisis (such as break-in or fire), or the more subtle, longer term change – a bit like the frog in hot water. The latter in my opinion can be more dangerous, as there may be no reaction until it’s too late.

Here are some real life examples:

Takeovers:
A company focused in school photography decided to buy a business selling school uniforms, on the prime rationale there would be potential for cross-selling each other’s products. The outcome? Both companies went into liquidation within 12 months! The key problems were that some key staff left, the resulting disruption during an important sales period upset many customers who found alternative suppliers, and a move to physically integrate the businesses to increase back office efficiencies was poorly planned and executed. Oh and the synergies on the sales side didn’t materialise because although both businesses were selling to schools, the contacts and sales process was very different.
Moral: nothing beats detailed planning and preparation. Once things start going wrong, they can escalate with alarming speed, making it difficult to recover.

Growth and market changes:
A travel company had built up a successful business over 15 years. It had reached a certain size where it was servicing bigger contracts with bigger companies. Then it found that its typical way of getting and maintaining business – word of mouth referrals and providing excellent service was no longer enough. Seeking more large companies to work with involved entering competitive tendering processes – of which they had little experience, and existing clients starting to put contracts out to tender in order to save money – despite the good service they had been getting.
Moral: Being successful can generate change and require new capabilities. Think through the implications of any change and keep a watch on KPI’s and market trends.

Shifting The Target Market
During the late 80’s/early 90’s, Rover Group had an initiative to “Move Upmarket”. New, higher quality products such as the Rover 600 were developed in conjunction with Honda. The problem was perceived as a product issue. However the dealer structure in some countries did not change. This resulted in restricted sales as many of the dealers were unsuitable for the new product range, in the wrong part of towns, and with expensive termination clauses.
Moral: Think through the impact of any change on the whole business, not just the obvious areas.

Planning issues:
A funeral company required planning permission to build a new mortuary. It had a number of options, one of which was to move premises, but the owner decided to stay and develop a location close by. Being in the middle of a mainly residential area, it generated significant opposition (some quite aggressive) from local residents. A huge amount of management time was required to organise their counter campaign, as well as resources to cover the costs of various experts, such as planning consultants. Whilst they were successful in their application, it diverted attention from the mainstream business and delayed a plan to franchise the business.
Moral: Consider the full cost of all options, including the changes involved with external stakeholders as well as internal ones.

Hiring mistakes:
A small telecoms company hired a sales person, who came with a good track record. Significant time and effort were expended in introducing him to contacts and getting him set up. However, the results were slow to come and much lower than expected. All the emails needed to be checked for grammatical mistakes taking up much of the owner’s time and energy. In the end they decided it wasn’t working out and he left with minimal notice period. Apart from the time and resources expended, 6 months on, the MD was back at square one and still had the issue of freeing up more of his time for longer term planning.
Moral: setting up a simple yet effective set of assessment tasks, on top of an interview, is essential to improve your hit rate on hiring.

There are no easy routes to managing change – and there are bound to be some “unknown unknowns” that crop up. The key to being a good leader of change is to anticipate as much as possible, to start doing something before a problem actually appears, and to minimise the number of these “unknown unknowns”. As the famous Antarctic explorer Shackleton said, “The disaster had been looming ahead for many months, and I had studied my plans for all contingencies a hundred times.”

The biggest issue I see is when leaders wait until the problem is obvious. It may well be too late to fix by this stage, or at least it will require more effort and attention to sort out, which can cost a company in terms of the opportunities that are lost.

There are of course risks of anticipating what might happen, in the form of resource and effort that are wasted on activities which might, with hindsight, have proved unnecessary. So it is about finding the right balance.

Underpinning a good approach to managing change is the ability to be in a calm and controlled state, rather than in continuous fire-fighting mode. This will help ensure that there is time available for planning at the start. Then be sure to review and adjustment as things progress.

Finally, the need to communicate openly with staff at all stages cannot be overemphasised. Staff can provide excellent intelligence on the advanced indicators of changes in the market, with customers and with suppliers etc, so the communication needs to be two way. Again Shackleton provides a great model: “The Boss gathered the whole group around him and spoke to his men from the heart. He kept his message simple, gave a realistic appraisal of the situation, explained options, and offered a plan of action.” However, he was only able to do this by having had numerous chats and observations with his group beforehand.

About Hilary Briggs:
Hilary Briggs is Managing Director of profitable growth specialists R2P Ltd.
She brings a powerful combination of experience and knowledge to the work she does: understanding what it takes to make things happen, gained from over 15 years in manufacturing industry; strong analytical skills; and an extremely diverse range of contacts which allows her to connect clients with the specific expertise they might require.
For more information about Hilary Briggs see www.hilarybriggs.co.uk