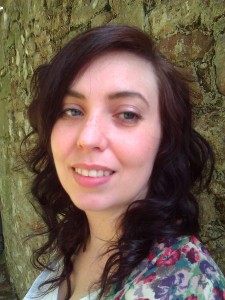 I do have to say that as part of my doctoral research I have read many social media business books. I really just wanted to make sure that I have every angle covered. It was slightly worrying that I could read a book in an hour. However that gives some indication of the level of depth and dare I say it, value, of said books.

Not all of the books have been bad, I’ve actually enjoyed a few for several reasons. I may also be slightly harder to please, a practitioner book does not go into detail as much as I would personally like. Again I do not know if this is because of my background or not?! Have you read a social media marketing book? How did you find it?

The ones I particularly like, and which you can buy from Amazon by clicking on the images, were
1. UnMarketing by Scott Stratten
.
.

I also quite liked The Virtual Community by Howard Rheingold but that book is pretty dated now, although you do find out social media is not that new… It’s been going on in one form or other since the early 80’s.

I have to say that I think social media has become so popular so quickly because we have already experienced the behaviours and philosophy behind social media with some applications of the early internet. The ‘social presence’, flow, and ease of use of the newer social media platforms heighten the experience, making it more accessible to a wider range of individuals, and it has become the phenomenon it is today. Not really the BAM, a massive change in behaviour that is thought but there has been some progression to the changes in behaviour. We could do well to remember that!

Back to the books…
Each of the books centres on social media but you get a sense of the author and slightly differing perspectives. I would recommend reading the books if you are looking to further your social media knowledge. Although you may not have any ground breaking new ideas from reading them it can be good to confirm that what you are doing or thinking is right.

As I say, nothing ground breaking but any other business book I’ve ever read has not been ground breaking either. It would be great to know the social media books you have read and if they have assisted you in social strategy…

Or if you have read any of the books that I like, let me know what you think!