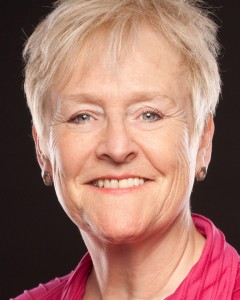 Find me a business book I could read on a desert island!

My business is voicebusiness, which gives you a clue as to what I do: communication and presentation skills training and coaching. I’ve read many books on these subjects over the years and learned lots of valuable ideas, skills and techniques from a wide variety of writers.

If I were shipwrecked on a (very comfortable, exotic, spider-free) desert island for a period not longer than a few weeks and it occurred to me to learn something about making presentations or speaking in public, I think I might chose the following three extremely readable books to give me the grounding I’d need on my mission to become an inspiring and effective speaker.

The first is Your Voice and How To Use It by Cicely Berry.
Cicely Berry is a legend amongst theatre and voice folk. When I was training as an actor at LAMDA, her name was a byword for good practice in vocal technique and performance. For many years the Head of Voice at the Royal Shakespeare Company, she understands both how to help your voice work to its fullest ability and how to explain everything in language which is understandable and immediate. This is the book she wrote specifically to help anyone who is not from a theatre background, who wants to speak in public. It’s full of ways of helping each individual open up and inhabit their own voice, physically and mentally, be they a businessperson, teacher, cleric, or whatever. It’s not a new book, but it’s still the best and most accessible of its type.

My second choice is another book which has been around the block a few times. I think it’s genuinely one of those books which changes lives: Tony Buzan’s The Mind Map Book. Having extensively studied the brain and the psychology of learning, Buzan realised that our brains look for patterns and crave completion. We think by association – one thought leading to another and then another – often amazingly quickly. So putting thoughts together in lists, may not be helping us think creatively, remember easily or come to satisfying conclusions. A Mind Maps is ‘a powerful graphic technique which provides a universal key to unlocking the potential of the brain’ says Buzan. I do believe that they genuinely improve learning, promote clearer thinking and lead to better performance. And I’ve yet to see it improved upon as an aid memoir for presentations. I not only use it myself but I’ve taught the technique to literally hundreds of people and have received an enormous about of positive feedback. Actually, I use them for planning, note-taking and even for shopping lists. So simple to create. A must for public speakers, I learned how to create them simply by reading this book.

My final suggestion is Made to Stick by Chip Heath and Dan Heath. When we need to get an idea or concept to ‘stick’, what do we do? People like me spend time with our clients helping them to look and sound credible, to be accessible and sometimes humorous, but none of this matters much if no-one remembers what they say. The Heath’s interest lay in working out how effective ideas are constructed and what makes some ideas stick and others not. A marvellously readable book, chock full of excellent ideas and examples. No public speaker should be allowed in front of an audience until they’ve read it!

Your Voice and How to Use It by Cicely Berry, (Harrap 1975, and many revised editions)
The Mind Map Book by Tony Buzan with Barry Buzan (BBC Books, 1993)
Made to Stick by Chip Heath and Dan Heath (Random House 2007, revised since)