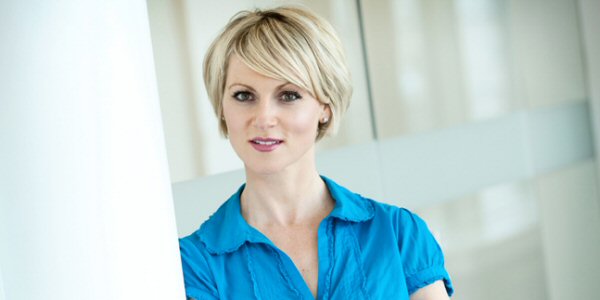 I’m not a fan of business books, generally. I clearly am a fan of pretty sweeping statements, though. Like coffee shops, counsellors and canvassing politicians, there are so many poor ones out there in danger of tarring brilliance with the same brush that it can make you loathe to try another one. So, when you come across a business book that you are compelled to recommend and actually BUY for friends, then I consider that something special. It’s even better when you are lucky enough to have met the author in the past and thought they were brilliant in the first place.

Margaret Heffernan’s Willful Blindness: Why We Ignore the Obvious at our Peril is, I think, quite brilliant. Stimulating, brave, cogent and passionate, it finds a way to articulate the frustration we have all felt at some point in our lives at the inability or unwillingness of others to face a truth or reality – whether distinctly personal, broadly commercial or globally pervasive. In her latest book, Margaret argues that the biggest threats and dangers we face are the ones we don’t see – not because they’re secret or invisible, but because we’re willfully blind. She examines the established phenomenon of willful blindness and traces its impact on our private and working lives, and within governments and organisations, and asks: What makes us prefer – or at the very least slide acceptingly into and live with ignorance? What are we so afraid of? Why do some people see more than others? What tends to happen to that person who does see the potential pending catastrophe (the Cassandra that can become a Pandora) and how does it affect them personally and professionally? What damage is done to commerciality, morality and legacy when we can’t face up to the truth? And, if it really is as bad as it sounds, just what on earth can we do to change things for the better?

One of the things I love most about this is Margaret’s writing style itself – unfussy, intelligent without being self-consciously intellectual and with a coherent thread that propels you onto the next story and the next example. Her examples, from the willfully blind spouse in a doomed, abusive or appalling relationship to the crimes committed by the ‘morally superior’ in the Catholic church, the people who actually faced choices in Nazi Germany and the now-more-prosaic but still mind-blowingly unbelievable stories of Corporate lies such as Enron and Madoff had me quietly muttering and occasionally shouting out (to an empty room or a puzzled husband) “Yes, exactly!” the book demonstrates how failing to see (or to admit to ourselves or others) the issues and problems in plain sight can ruin lives and bring down corporations.

The book explores how willful blindness develops and then goes on to outline some of the mechanisms, structures and strategies that institutions and individuals can use to combat it. It has a deep basis in psychological research and well-documented accounts and interviews from people who actually were involved in the examples she is using that lends huge credibility and reality to the intellectual concepts that are fascinating in themselves.
I found it a great read; I found myself recognising a lot of stuff and wondering – what would I do? What will I do? And, as usual, deciding, well, I’ll do what I can. And the first thing is to recommend this book to as many people as I can. Independent thinking from an independent woman… what’s not to like?

Amazon Review
In the 2006 case of the US Government vs Enron, the presiding judge instructed the jurors to take account of the concept of wilful blindness as they reached their verdict about whether the chief executives of the disgraced energy corporation were guilty. It was not enough for the defendants to say that they did not know what was going on; that they had not seen anything. If they failed to observe the corruption which was unfolding before their very eyes, not knowing was no defence. The guilty verdict sent shivers down the spine of the corporate world. In this book, distinguished business woman and writer, Margaret Heffernan, examines the phenomenon of wilful blindness. Drawing on a wide array of sources from psychological studies and social statistics to interviews with the relevant protagonists she examines what it is about human nature which makes us so prone to wilful blindness. Taught from infancy to obey authority, and absorbing the importance of selective vision as a key social skill, humans exacerbate their tendency to become institutionalised by joining organisations which are run by like-minded people. Wilful Blindness looks at how hard-work and the information overload of the modern workplace add to the problem. And examines why whistleblowers and Cassandras are so very rare. Ranging freely through history and from business to science, government to the family, this engaging and anecdotal book will explain why wilful blindness is so dangerous in the globalised, interconnected world in which we live, before suggesting ways in which institutions and individuals can start to combat it. In the tradition of Malcolm Gladwell and Nassim Nicholas Taleb, Margaret Heffernan’s thought provoking book will force open our eyes.
Tweet

2 Comments on Must reads by Clare Logie