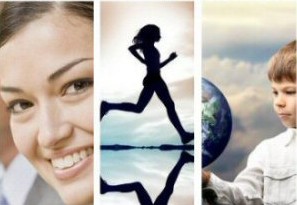 I recently appeared as one of the expert panel at an event where Suzanne Doyle-Morris spoke from her book “Beyond the Boys Club. We discussed the glass ceiling, the glass cliff, the blockages in the pipeline of promotion and the leakage from that pipeline that means fewer and fewer women remaining in organisations at each level of management from workforce to the board.

This is all well and good and Suzanne gave a number of tips and tactics that women can use to navigate the current structures but actually I think we are missing the point in trying to work our way to the top of a system designed and built by men for men. We need to work to change the system. Of course we do, and I will, but I do not believe that things will change anytime soon.

Why? Because we need a change in the culture and because I know my teenaged son and I see and hear his pals, I am pessimistic. They are what is coming next and they are just the same as what went before. They shout and swear and value women for the way they look. They think women should do most of the cleaning, most of the shopping and all of the child-rearing. Oh, and women should go out to work, because why should women just stay at home with the kids when they have to earn a living. These are good boys, well educated boys. My own son has seen me work, start, build and grow businesses as a single Mum yet my personal example hasn’t been enough to significantly challenge his expectations of women in general.

This is what we are up against – the unseen cultural barriers. Sexism in the workplace exists and while it might not be as obvious as in past decades it is still there, hovering just out of reach of tribunals and disciplinary procedures.

It used to be acceptable to make sexist comments to female members of staff, often disguised as “banter” but betraying deeper prejudices. While this is less common, men will comment on how women look, only now they do it when they’ve left the room.

What I see with the next generation of men moving into the workplace is that they still find toilet humour funny, they find farting hilarious, they nod and wink and jostle each other if an attractive girl goes past. They may refrain from wolf-whistling, which is something I suppose, but their behaviour isn’t that different to the last generation of boys; the one’s I was at school with; the ones that are now running most of our big businesses.

This acceptance of juvenile stupidity in boys leads to a greater tolerance of inappropriate behaviour in men. They can pass on risqué texts and youtube videos where women indulging in the same practices are shunned. I can’t see these dual-standards changing anytime soon.

And whatever legislation is put in place to encourage shared parental care of children the change needed is cultural. If a child is taken ill at school who will the teacher call? Mum or Dad? Further than that, do you give your own mobile or that of your partner as first point of contact anyway? If the kids wake up in the night who gets up to see to them?

It is often said that women can’t or wont put in the hours needed to get to the very top; that leaving before their male companions shows lack of commitment. In my experience when men stay in the office after hours it is not to complete an urgent project, it is not to work on behalf of their employers at all. It is to avoid going home. Men stay late in the office so that their kids will be bathed and in bed by the time they get home. This is a great opportunity for those men to build relationships, to network with peers, to make connections that will be of benefit when they look for promotion. It is an opportunity that is not open to most women. We are the ones at home feeding and bathing the kids! I do know women who have reached the top of their careers and had a family. Most have delegated childcare and most of those have delegated to another women, nanny or au pair, not the father of the children.

What happens if we keep the status quo and teach women the tips and tricks to succeed in a mans world? Well, as far as I can tell will still have a man’s world with a few women with very thick skins who can thrive in that arena and who do make it to the top.

We will all be able to find a woman who has done it all, who has had it all, and who has retained feminine qualities, but they are the exception not the rule. I am confident that change can happen but we have to make change happen. Things will not just change of their own account. So if we are going to make a difference we need to change the rules not just create a few more exceptions.

We can change the culture – women AND men – WATCH THIS!