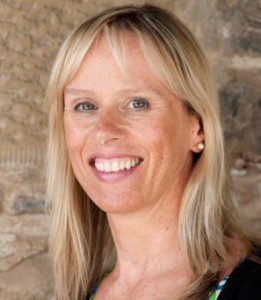 WATCH OUT FOR BIG INCREASE IN COMPANY CAR TAX FOR SOME
There is a sharp increase in the taxable car benefit on many company cars with effect from 6 April 2012. This is by reference to a new emissions scale which creates an income tax charge (and Class 1A national insurance liability) for the private use of a company car on 10% of the car’s list price from 76 g/km to 99 g/km, rising by 1% per 5 g/km to the usual maximum of 35% (there is also a reduced charge on 5% where the emissions do not exceed 75 g/km).

That may not sound much of an increase, but it is in fact a 50% increase in tax if you have a company car with CO2 emissions of 120 g/km, or 40% if they are between 115 and 119 g/km. We can advise of the exact tax charge in your particular circumstances, and include advanced warning of a further but more modest increase in the taxable benefit from 2013/14 of 1% of the list price where the CO2 emissions are between 95 and 219 g/km.

TAX-FREE EXPENSES IF YOU TRAVEL OVERSEAS AS AN EMPLOYEE
HMRC publish benchmark scale rates for accommodation and subsistence payments made to you by your employer where you travel overseas, so that up to those rates there is no income tax charge on you nor any exposure to national insurance contributions.

The rates are reviewed once a year and new rates have just been announced. They represent a useful increase which hopefully your employer will implement. They vary considerably between countries and indeed between different areas of a country. Furthermore, the benchmark scale rates are split between items such as room rate; meals (separate rates apply to each meal); drinks; specified travel.

TAX CATCH UP PLAN
This is the somewhat quaint name of the latest HMRC initiative to tackle tax defaulters. It is aimed at those delivering tuition and coaching or who use those skills in another way to supplement income, but it also provides a means of telling HMRC of ANY undeclared income or gains with the promise of lower penalties than would normally apply.

If you hear of anyone who is worried about their tax not being up to date please refer them to us and we will make sure they get the best tax deal possible.

A POSSIBLE TAX-FREE PERK
A nice thought, and it can be achieved in specific circumstances whereas basically any benefit in kind obtained from your employer or business contact is taxable.

The point is that certain gifts from a third party such as a supplier or customer are exempt from tax. The list is short, not surprisingly, and if the cost of all gifts made by the donor to the same person exceeds £250 in the tax year there is no exemption. However, if the gift counts as entertainment there is no monetary limit so this could cover tickets for the Olympics. Furthermore, the exemption applies to members of the individual’s family as well.

Care is needed in the detail and we will be pleased to advise.

PENALTIES FOR LATE PAYMENT OF INCOME TAX AND LATE FILING
Tax returns for the year to 5 April 2011 filed late will create a penalty even if the correct amount of tax is paid on time or indeed there is no more tax to pay. Arguably that was a move which could have been expected before now, and at least the basic penalty stays at £100.

What may not be so apparent to those of you who tend not to pass the papers we need until close to or even after the deadline (31 January 2012 for the tax return for the year to 5 April 2011) is how quickly penalties can now stack up. The new penalties for late filing of Self Assessment returns result in, for example, an overall penalty after 3 months delay of £10 per day up to a maximum of £900.

REDUCED RATE OF IHT IF YOU LEAVE AT LEAST 10% OF YOUR ESTATE TO CHARITIES
A novel new tax break due to come in from 6 April 2012 attempts to encourage you to pass at least 10% of your estate on death to a charity (or charities). If that happens the rate of inheritance tax on the rest of your estate reduces from the normal 40% to 36%.

Whether this is a big enough carrot for you to pick up is obviously a personal matter and we will be pleased to advise on exactly how it all works in your particular circumstances.