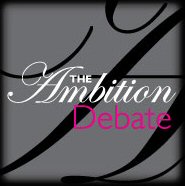 Independent Women hosted an inspiring and stimulating debate at London’s Grosvenor House Hotel on Park Lane at the start of November.

“With all the great work being done to get more women onto UK Boards, we started to think about AMBITION in its broadest sense – what does it mean for women, especially post 2008 when the appalling corporate behaviours, doubtful political wisdom (especially across certain European countries), seemingly endless bailouts and gloomy recession have really turned upside down the thrusting, success-and-material-accumulation of the earlier 2000’s. Do women aspire to be on corporate boards?  If so, do we support quotas to get them there?  And if they don’t have that particular aspiration, but they do want influence and impact – what does that look like and how do they achieve that?”

“We had a fantastic panel, drawn from across the spectrum of public and private sector;  male and female, entrepreneurial and corporate.

“The event was moderated by the fabulous Professor Eleanor Shaw of Strathclyde University and attended by a select group of 50 businesswomen, the challenge was not what topics to pick, but how to pack everything in and stop it on time.”

“Right from the off, the roving microphones were at full speed and the arms were raised high to have a say.  Whilst we were keen to talk about things other than the Davies Report and quotas, the topic inevitably came up at some length and the most interesting thing was that the majority (around 80% ) of people in the room now felt that quotas were probably , if not definitely a good way to go. A high proportion of those people caveated this view by saying that they never believed in quotas in the past and ideally they just want talent to be fairly recognised – but at the current rate of change and lack of real progress we are “bored”, “tired” and “fed up” of waiting and no longer buy the argument that quotas will freak women out because they may not have been selected on talent. The overwhelming view was “Get there, believe you got there on merit and continue to prove it confidently”.  Ever strident, Karen Darby has set up an e-petition and we will aim to recruit the 100,000 signatures it requires to force a debate in parliament.

“We also talked about women’s responsibility to themselves and to other women; the requirement for them to stop overly beating themselves up and to stop putting pressure on other women – we need to support one another. As long as those receiving women are good – talented, generous, decent, honest and collaborative. We have NO PLACE FOR BAD WOMEN!”

We are creating an e-newsletter with a fuller update and lots of pics of the day, so look out for that at the end of November.   We are hosting the Independent Women Ambition Debate Scotland in Edinburgh, in conjunction with Tods Murray, on 16th February 2012 and the next London event will be in late April.

Drop me a line if you want to sign up for our e-newlsetter…
clarelogie@independentwomen.co.uk