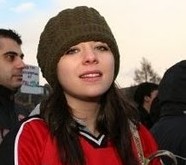 As the pay-gap slowly but surely closes and we inch our way towards gender equality, the feminists have begun to retire; spending their evenings at home instead watching Desperate Housewives.

I myself am a culprit of this counter-feminist movement led by the glossy magazines and airbrushed beauty ads on TV which have successfully hypnotised almost all women into believing that they have to fit into this female stereotype corporately constructed with skinny jeans, silky sleek hair and polished nails at the forefront. “Whatever happened to just being vaguely hygienic?” was a question posed by Times columnist Caitlin Moran during her interview on Radio 1 last week. I myself am only 22 years old, yet even in my short time on this planet I have noticed the increased demands and heightened pressures on women who are now expected to become flawless and poreless alongside having a career and raising a family.
We have moved back instead of forwards; yo-yoing away from bra-burning and Virginia Wolf towards Ann Summers and Heat Magazine.

The increase in conforming to the over-sexualised modern female stereotype is in direct correlation with the increase of our consumerist and materialistic culture which is driven by multi-national corporations who only seek to increase their profit margins. Adverts do more than inspire us to purchase discrete products; they teach us to consume and shape our desires, structure our consciousness and clutter the landscapes of daily life. They consume not only a large part of our public space but also increasingly have effect over portions of our private space; they clog up media airwaves; they exhaust our time, our passions, our energy, and even our mental health through displacing civic engagement and intimate interaction.

Many neo-Marxist and other left-wing academics claim that the primary reasons behind the environmental, cultural and psychological crisis are that the mass media is driven by corporate money and corporate interests and that too much of media space is controlled by these motives which can often clash with human interests but the corporations almost always win without us even realising. This view is supported by Noam Chomsky’s Propaganda model where he claims that the rich and elite control the media and serve their interests through this powerful position at the expense of our true interests, which have thus been forgotten or skewed with the distractions of false desires and materialistic greed.

Naomi Klein is a personal shero of mine, she wrote an international bestseller entitled: ‘No Logo’ which has been adopted as a bible for anti-corporate, anti-globalization activism. The basis perspective is that multinational corporations have become so big that they have superseded governments and have become the ruling political bodies of our era.

According to Klein’s Marxist-inspired counterculture account of economics: the system’ achieves order only through the repression of the individual. Klein highlights this point in her infamous speech at Chicago School of Economics in November 2008 where she states that the ‘Wall St. Crisis Should Be for Neoliberalism What Fall of Berlin Wall Was for Communism’. She describes Milton Freidman’s neo-liberalist free-market capitalist ideology, which, was adopted by the Reagan Administration and has been carried through until this day, despite being the cause behind the devastating crash of the global economy in 2008. Naomi Klein claims that neoliberal economics is a policy of liberating the forces of greed that resulted in ‘a class war waged by the rich against the poor.’

And I would like to add ‘by men against women’ and even sometimes more tragically by women against women. This battle has had repercussions within individual women themselves, many of whom are my friends. I stand by and watch them trying to repress their true selves by subscribing to the mass-produced ideal of the ‘perfect woman’ through adopting methods such as peroxide, fake tan and playing down their intelligence, trying desperately myself not to get dragged into this culture of fantastic plastic. Too late, I’m a material girl living in a material world.

“Just finished my BA Honours degree in international politics at University in Scotland. Wrote my final year dissertation on water scarcity in Palestine and Israel and how this affects the conflict as a whole. Getting it published at the moment with the Applied Institute of Research in Jerusalem alongside volunteering as a teacher in Palestine West Bank and working as a volunteer researcher for Spanish NGO based in Palestine: ASECOP.
I’m also a member of the Young Women’s Focus Group of the Scottish Women’s Convention and and executive committee member of the Scottish Palestinian Forum. Just trying to ‘make the world a better place’ (excuse the cliche, but it is meant with sincerity!)”

7 Comments on I buy therefore I am