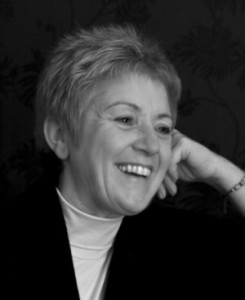 Am I the only woman who objects to the plethora of women’s networking events that revolve around shoes and canapes and chocolate?

For the record, I hate shopping. I buy handbags in order to carry more easily the stuff I need to carry and buy shoes to save walking barefoot through the Edinburgh grime. If I want red wine and gossip and canapes I will go to Gleneagles with my pals.

But my objection to these type of networking events is more fundamental. They perpetuate the idea that women love spending more than they enjoy earning – that men earn the money and the women spend it.

The facts are somewhat different. A recent study (by pollsters TNS-BMRB) showed that men are more likely to spend a windfall on something nice and unnecessary than are women; and that women are more likely to save, add to a pension or reduce household debt. But the media never let the truth stand in the way of a good story. The Herald, for example, recently launched a women’s supplement that is packed full of shopping pages and which recently had a front page showing a woman carrying arms full of shopping bags to illustrate the story of how this reckless spending has plummeted families into debt. The fact that women’s debt may actually be the result of low income or being single mothers doesn’t get a look in.

Even while this image of conspicuous persists women are also facing the blame for the retail downturn – apparently we aren’t shopping enough! Janet Daley argued in her column in The Daily Telegraph that that the economy won’t grow unless women go shopping asserting that, “the
most significant form of female political power is deciding when it’s safe to spend.”

I am probably guilty as charged. I don’t like shopping and only shop when I have to. But that’s not the point. This constant obsession with women’s spending habits obscures our role in wealth creation. In fact the move of women into work over the past 40 years has fuelled economic growth. Women have both started their own businesses and helped the organisations that they work for to grow.

And it is women’s enterprise not women’s spending that will help us to move out of the current recession.

So please, all of the business networking events for women, do us all a favour and concentrate on the business and not the handbags and gladrags.