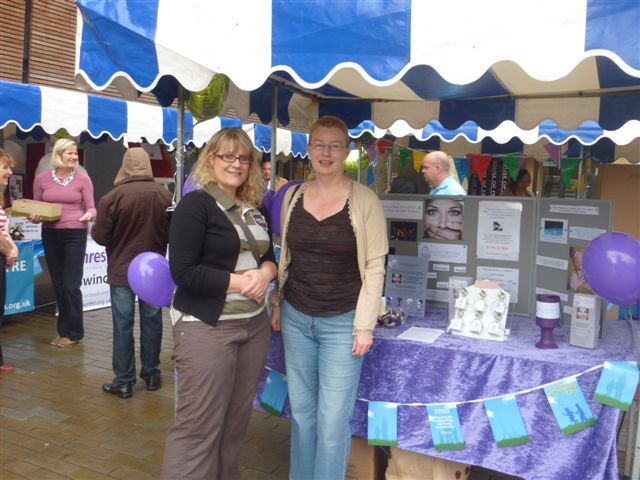 Domestic Abuse itself is non-descriminatory. It can occur in all areas of society regardless of ethnicity, gender, disability, sexual orientation, religion, mental health status, geographic location, socio-economic status, culture, or age . Domestic abuse is the coercive control one person exerts over someone they are in an intimate relationship with, have been in an intimate relationship with or are related to.

However the prevalance, the severity and the impact of domestic violence very much depends on gender. In November 2010 the Government set out its strategy in a Call To End Violence Against Women & Girls (VAWG), making a long term commitment to work towards the prevention of VAWG. The UN declaration on violence against women (1993) defines such violence as “any act of gender based violence that results in, or is likely to result in, physical, sexual or pychological harm or suffering to women, including threats of such acts, coercion or arbitrary deprivation of liberty whether occuring in public or private life.”

Domestic Abuse is very common. Research shows that there are 13 million separate incidents of physical violence or threats of violence against women from partners or former partners every year in the UK. Analysis of data from the Intimate Personal Violence module of the British Crime Survey, together with research around sexual violence and stalking, show that 45% of women have experienced at least one incident of inter-personal abuse in their lifetimes.

HOMETRUTHS works with survivors of domestic violence and abuse at all levels of risk of harm. The vast majority of our referrals are for women, and many of the women are at a high risk of serious harm or homicide from their partners or ex-partners. We work on a 1:1 basis and we also facilitate groups.

HOMETRUTHS facilitates the Freedom Programme (www.freedomprogramme.co.uk) a nationally recognised support group for female survivors of domestic abuse, and one of the sessions called the “King of The Castle” explores the origins of these beliefs about women.

Extracts from “The Good Wives Guide” 1950s literature, are used to illustrate beliefs about women during that era:

“Prepare yourself. Take 15 minutes to rest so you’ll be refreshed when he arrives. Touch up your make-up, put a ribbon in your hair and be fresh looking. He has just been with a lot of work-weary people. Be a little gay and a little more interesting for him. His boring day may need a lift, and one of your duties is to provide it….. Prepare the children… they are little treasures and he would like to see them playing their part. Minimise all noise. At the time of his arrival, eliminate all noise of the washer, dryer or vacuum. Try to encourage the children to be quiet…. Be happy to see him. Greet him with a warm smile and show sincerity in your desire to please him. Listen to him. You may have a dozen important things to tell him, but the moment of his arrival is not the time. Let him talk first, remember his topics of conversation are more important than yours.”

The restrictive cultural messages of 60 years ago very much put women as subserviant and administering to the needs of the “man of the house”, but interestingly and frighteningly in our modern days of ‘so-called equality’, is how frequently these beliefs present themselves in the experiences of teenage and young women suffering domestic abuse, often from male partners of a similar age. Discriminatory attitudes and beliefs about the roles and values of women in our society feature strongly in the background histories and experiences of the women HOMETRUTHS supports. We frequently hear versions of “In my partners eyes all I am good for is cooking, cleaning, sex and looking after the children.” This is the message we receive from women of all ages and from all cultures and ethnicities. These attitudes appear to be as prevalent in British culture today as others that we may judge to be more obviously restrictive of women’s rights.

In contrast to this historical backdrop, in 2010 psychologist Dr Linda Papadopoulos carried out an independent review for the Home Office Violent Crime Unit, on the impact of the sexualisation of young people on violence against women. Contained in the 100 page report is a chapter looking specifically at the effects of sexualisation on attitudes towards violence: “Research has shown that adults – including women – who viewed sexually objectifying images of women in the mainstream media were more likely to be accepting of violence.The evidence gathered in the review suggests a clear link between consumption of sexualised images, a tendency to view women as objects and the acceptance of aggressive attitudes and behaviour as the norm. Both the images we consume and the way we consume them are lending credence to the idea that women are there to be used and that men are there to use them. There is a significant amount of evidence linking stereotypical attitudes to women’s sexuality and sexist beliefs with aggressive sexual behaviour.”

Suggesting therefore at both ends of the spectrum whether we “hide our women at home taking care of children and keeping house” or “parade our women sexually for all to see” the outcome is the same – women are under-valued, exploited and harmed.

In the UK a woman is killed every 3 days by a violent partner or ex-partner – we surely need little more evidence of the need to address violence against women and girls, and not simply in an attempt to reduce crime, but also as an essential component in addressing the gender imbalance within our society.