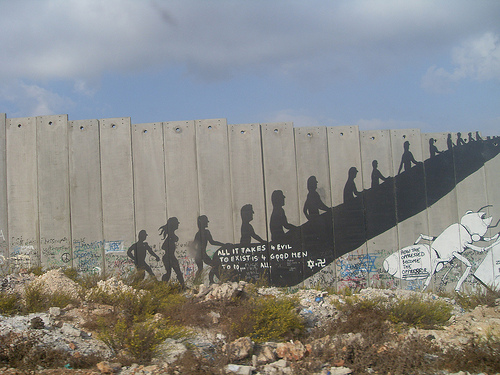 FACT: women are discriminated against around the world in numerous ways, everyone knows this. Even in the UK with the longest standing democratic system in the world, there still remains a 17% pay gap between men and women working in full time employment. Women who work full-time also have 1 hour less leisure time a day than their male counterparts and end up doing 70% of childcare duties on top of 80% of the housework. Only 1 in every 10 FTSE 100 directors and less than 20% of MPs are women, despite the fact that girls have statistically outdone boys at school for many decades now and even in stereotypically male oriented subjects such and maths and physics in more recent years.

However, our lives are a walk in the park in comparison to Middle Eastern and North African women. It was only this week that women were given the right to vote in Saudi Arabia, almost 100 years behind our suffrage. It’s a move in the right direction certainly, but Saudi women are still banned from driving and leaving the country alone.

One of the main issues behind tackling this problem is that most of these countries are in a state of denial, failing to even recognize that gender-based discrimination is an issue which should be addressed. Discriminatory laws, traditional theocratic practices and severe shortage of women’s shelters combine to perpetuate prejudice against women in the Middle East.

You only need to visit an Islamic country to notice the significant absence of women, not only in the workplace, but everywhere. I visited the tourist trap that is Sharm El Sheik in Egypt for a Thomas Cook package holiday special in 2007. It was my first time in an Islamic country and I arrived in the Airport wearing with a miniskirt and a vest top. This is perfectly acceptable (although probably a bit disrespectful looking back) as Sharm is designed around Western tourism with its nightclubs, McDonalds and beach culture. However, during the whole of the two weeks I was there, I only saw 2 Egyptian women, and both of them were Coptic.

I then travelled to Marrakesh in Morocco, which, is only slightly better. Muslim women are often spotted walking around freely, shopping for shoes and dresses just like the rest of us gals. You always see them going into New Look and Zara equivalents which completely baffles me: when and where do they wear these stilettos and halter-neck dresses that you often see them purchasing? Do they transform into Essex girls in the privacy of their own homes? Anyway, there is still a noticeable absence of women in the workplace, especially in stereotypically female associated vocations such as chamber maids, receptionists and waiting staff.

I’m not arguing that all women should work as many women take pride in their role as housewife. Many women feel liberated through Islam, the Muslim woman was given a role, duties and right 1400 years ago, and they believe that this role was designed by God to keep balance in society.

Even so, there is growing pressure on governments across the Middle East and North Africa to implement laws which increase the civil rights of women; to promote female participation in society and to stop gender-based discrimination.

Palestine is a surprising role-model at the forefront of this movement. When travelling to Palestine as a volunteer, I expected the position of women in society to be similar to that of Egypt or perhaps worse. Alas, I was presently surprised at the pronounced importance of women’s roles in society but I was still confused as to how this became so.

I interviewed Ahlam Samhan, President of the Palestinian Women’s Development Society (PWDS) and posed to her this query: “Surely, under occupation with stunted development opportunities and lack of access to the outside world one would expect that Palestine would be living more in the past than other Islamic countries, especially in respect to the position of women in society?”

She answered by stating: “Occupation and conflict in this region have instead had the reverse effect.” She then went to explain that thousands of men have been killed or put into prison by Israel. Everyday many Palestinians are arrested or killed and there are currently 7000 Palestinians in Israeli prisons (and that’s not counting their secret prison: Facility 1391) but only 16 of them are women. This means that it is now up to the woman to take over the position of breadwinner alongside maintaining her role as housewife.

I finally understood and began thinking; almost every man I have met here has been in prison: my boss, my landlord, my neighbour, my local shopkeeper… I had also heard a story about someone’s uncle who was put in prison for 6 months for waving a Palestinian flag during the Second Intifada.

Once or twice a week in the middle of the dark Arabian night, when I’m lying in my bed in the small bustling town of Beit Sahour in the West Bank I can hear the noise of sirens and sometimes gunshots; this means somebody has been arrested by the Israeli Army. As a consequence of the loss of husbands, fathers and brother the woman has often had to take on the role as head of the family. They have had to educate themselves, find employment and represent their family and this has resulted in women becoming more integrated into society.

We can draw a parallel between this situation and the development in women’s’ rights in Britain during the wake of WW2. Rosie the Riveter is the iconic image of women in the Second World War, an imaginary character used on posters to promote the need for women to step into manufacturing jobs vacated by men who had been sent to fight. This war created the opportunity for women to increase their role in the workforce, they proved that they were capable of building planes, driving buses and running businesses alongside being a mother and a housewife. This achievement was imprinted on public conscience and from thenceforth women become more empowered and independent.

Ahlam Samhan has a picture of her and Mahmoud Abbas on her desk; she is a very highly esteemed woman in Palestinian society. She herself was in prison for two years when she was 15 years old. I asked her why and she said: “because I am a Palestinian struggling against occupation…. And I also tried to throw a petrol bomb at an Israeli military camp outside Nablus.”

Thankfully Ahlam has moved on from participating in terrorist activities and now aims to develop the Palestinian woman’s position in society through lobbying government, setting up schools in rural areas, running courses in English, IT, Maths etc, and proving free childcare for women who work full-time. Her overarching aim is to “train women how to be in the world, not in the kitchen.”

There is a social revolution happening across the Arabic world and this time it is led by women with Palestine as its role model. 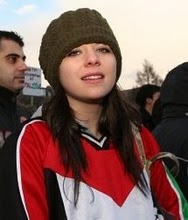 “Just finished my BA Honours degree in international politics at University in Scotland. Wrote my final year dissertation on water scarcity in Palestine and Israel and how this affects the conflict as a whole. Getting it published at the moment with the Applied Institute of Research in Jerusalem alongside volunteering as a teacher in Palestine West Bank and working as a volunteer researcher for Spanish NGO based in Palestine: ASECOP.
I’m also a member of the Young Women’s Focus Group of the Scottish Women’s Convention and and executive committee member of the Scottish Palestinian Forum. Just trying to ‘make the world a better place’ (excuse the cliche, but it is meant with sincerity!)”

5 Comments on Arab Women and their Position in Society