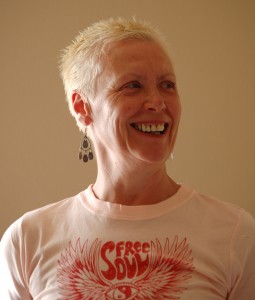 When my husband and I spoke to the bank manager about getting finance to start a small business together, he asked us if we had worked together before and did we really understand what we were getting into. He was forthright about the fact that it would be impossible for him and his wife to work together.

I suppose starting a business together is a bit like marriage; in the beginning both parties are completely committed and believe wholeheartedly that it will work out. As we know, some marriages are successful and some are not, and it is not always easy to predict the outcome at the outset. The business I ran with my husband remained small and when he was ready for retirement we converted the business premises back into a family home. My personal experience of working in business partnership with a family member was not wholly positive but the marriage not only survived but was strengthened by the experience.

I have also been in a position to watch a family business grow from its founding thirty years ago. The couple who started it took a big risk. The husband and wife founders were both in their mid forties, and had to put their home up as collateral. Interestingly they set up as a partnership with another businessman whom they had to buy out, just a few years in, as his two sons were causing problems for the business.

The couple had two teenage sons, the younger of whom went into the business almost immediately and the other a few years later. The business thrived although I know that there were some operational difficulties along the way, which is no more than you might expect in a relatively new business.

Later a daughter came into the business. The wife and business founder had run the office side of things but the daughter was then persuaded to come in and take on the administrative and financial duties.

Disaster struck for the company; they were in a high risk business and there was a fatality. Although they were in no way to blame, it took its toll on them and they decided to change the direction of the business, after about fifteen years of operating. Through this time the family and the business held together despite the stress and distress of losing a staff member.

I had been watching all of this from a distance, and so did not know the details of what was happening. My only real understanding at that time, about twelve years ago, was that there seemed to be some discontent in the family.

What had happened was that the change in direction of the business had upset the equilibrium that had existed within the original company. Originally the younger son had been the operations manager, with the older son running the stock and logistics, as the father pulled back.

As a direct result of the change of direction, the younger son was left without a clear role while the older one continued much as before. Meanwhile their sister, by that time in her mid twenties was becoming more and more discontent, as she had little contact with anyone, running the office more or less on her own.

They were all still earning a respectable income from the company, which was important as a family but from a purely business perspective, the operation was now top heavy.

I heard bits and pieces from different parties. The older son was unhappy because he was working as hard as ever, the younger because he had not enough to do.

The daughter felt undervalued because, like her father, she had an entrepreneurial flair and her ideas for developing and diversifying were routinely ignored. Furthermore she was paid less than the brothers. The justification for this only makes sense in terms of the family situation and not in commercial terms. The difference was because she was single and she did not have a family. Both brothers were married with two children each and it was argued that they needed to take more salary from the business. Understandably she felt that this was outrageous but clearly she was not going to take her own father, who still retained control of all the major decisions, to a fair pay tribunal.

Throughout this time, the company prospered, was well managed financially and operationally, but was in a rut. To make matters worse, there was little or no communication going on between the siblings or with the father. The discontent grew and it came as no surprise when I heard that the daughter had decided that she wanted to leave.
However before she had a chance to hand in her notice, the younger son decided to jump ship. The father was still the managing director and they both appealed to him for a payment to allow them to start a new life, one which would reflect the effort they had put into the company. They saw this as their right. They both got a significant payment which was a burden on the company for several years after. The company continues with the older son having operational control. The father still has some input but I believe that he would like to retire completely as he is well into his seventies.

The company is to be put up for sale in the next few months, with the son having an option to buy part of the operation, which would allow him to continue to have a good income.

The father had hoped that the company would continue into the next generation but it is of no interest to his grand-daughters and grand-sons. He and his wife took huge risks in setting the company up and worked long hours for many years to make it profitable. Naturally, they are upset that it will not continue into the next generation. He had hoped that he could build something that all his family could benefit from, and over the years I know that even those members of the family who have not been involved, have.

Now the only son left runs it like his fiefdom, mainly I suspect because he believes that it was not right that his two siblings should have received such a large payout, especially as he had no say in what happened.

If this were a case study, I think that there are many lessons which could be learned from it. The most obvious for me, over the years, was the inability for the parties to communicate with each other. The informal communication was poor and tended not to be open. There were no formal mechanisms in place where things could be discussed in a business-like way, without emotion.

I think that the father had too much trust in his family and how he had raised them, and that led him to believe that things could be done informally. I think that it is wise to remember first and foremost, that you are running a business and it is then easier to keep family and business separate. I don’t think that this family did this well enough.

I also think that each individual’s input was insufficiently valued for what it was and this caused problems. The daughter clearly wanted to develop the company but it did seem as though her age went against her and possibly her gender. The older son was financially astute and knew his part of the business inside out, but was lacking in other skills. Much was made of this and not enough value placed on what he was good at. When the company changed direction the younger son lost his role and, effectively, was left adrift. There was no attempt to re-define the role and use some of the ideas that his sister proposed to give him a new role within the company.

I think too, that the payment to the two members of the family was a defining moment for the remaining son who then lost any sense of loyalty to the company as a family business.

Throughout all of this, the family has remained intact, just. The son who runs the company is still in touch with the rest of the family, but only at the margins. I know that he feels disaffected and still feels undervalued.

I think that the father wanted too much for the business to be a success for all his family and this got in the way of his judgement. Perhaps that is the single most important thing to take from all of this – the need to ensure that your judgement in business is not impaired by working with family members.